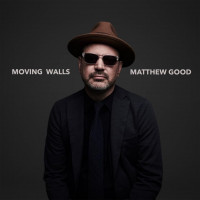 It’s difficult not to pretend we live in a different world than Matthew Good. For the past 25 years, the Canadian singer/songwriter has been weaving his words through images of what was once the world around us. Shopping malls, parking lots, high school football games; Good envisions all of the mundane monuments that today we pace through as disaster zones, pieces of life torn asunder by some kind of nuclear apocalypse. He travels alone over ash covered sidewalks, memorializing the rubble, as though such unremarkable structures could have actually ever meant anything to us.

But Matthew Good is no myth, no lone savior. He is not Will Smith hiking through the future searching for a plot. Good’s world is ours, here today. And the truth of the matter is that while the strip mall and the park down the street are indeed ordinary, our lives are still happening in these places. Love is being found and being lost, we are going to work, we are hoping, we are struggling. The ash on the ground is not from a bomb; it’s the remains of our hearts.

On Matthew Good’s latest release, Moving Walls, he sounds as isolated and somber as ever. Part of that is from the minimalist instrumentation and crawling tempo present throughout the album, letting Good’s naturally trembling voice do all of the important work by itself. But mostly it’s the overall dark mood of the songs. Surely this is no surprise to anyone even remotely familiar with his body of work; nobody’s going to claim Good is trying anything different in that regard on Walls. On this, his best release since 2011’s Lights of Endangered Species, Good assumes the role of casual physicist, opting to store potential energy in stationary scenery and his astute use of metaphor. While there was a point in time when his eponymous band could crank up the anthems with the best of the 90s alternative bunch, today Good would rather paint from a simpler palette. He has a frank awareness of the space surrounding his voice, and with pinpoint accuracy lets each line decay until you can point to the letters on the floor in front of you.

Aside from saying what we’re all thinking on the opening track “One of Them Years”, where he calls out anti-vaxxers, climate deniers, immigrant haters, xenophobes, and other lower life forms, Good keeps the thematics mostly very personal on Moving Walls. Ever the fantastic wordsmith, Good uses misty eyed symbolism and how’d-he-get-here-from-there metaphors to add oceans of depth to even the simplest acoustic songs. Simply put, he has a deep love of words and the crafting of a phrase. On “Radicals” he precisely sets the rules for the romantic heart, declaring “Once you break it, you’ve bought it. Once you’ve bought it, it’s breakable” and perhaps challenges the very structure of modern relationships, with stories of “pretty girls kidnapped by radicals, that fall in love with them after a time”. There’s the desperate clinging to life of “Fingernails”, and the animated repurposing of a fallen building (yeah, there’s no way he really means a building) in “A Thousand Tons”.

“The Heights” begins with a weary post-love loneliness reminiscent of Freedy Johnston’s “Down in Love”, but certainly doesn’t wallow in itself for too long. Everything is a two way street, and soon the blame gets passed around through scorching lines like “You don’t get to break shit, then drop the broom and walk away”. On “Dreading It”, Good treads across the messy house that is his mental health, hesitantly on his way to be there for another person, when that’s the last thing he needs (“I don’t like people; what do you want me to say?”).

But before you think this sounds like the ultimate doom and gloom record, born of an exhausted and torn man, Matthew Good doesn’t let you off that easily. After all, Good speaks of real life, before all else. And in real life, there is goodness and kindness and hope. Now of course, these can still be hard to come by, and even harder to recognize. As he plays with contradictions on “Beauty”, he points out the value and, yes, the beauty of what we sometimes brush off as life’s negatives. If we would just read between the lines, it’s there. Happiness is there too, if you take what you can get, as on “A Momentary Truth”; even if if that means holding on to just a fabrication of something good, peeking out of the misery. Hey, sometimes it’s ok to kid yourself, if that’s all you have.

Moving Walls is indeed a moving collection. The album takes it’s time without wasting yours, the pacing organic but not dragging. The evocations of darkness and loneliness may shake you, the glimpses of hope may redeem you. We may share the world with Matthew Good, but very few share his worldview. Good’s vision embodies the immediacy of the ordinary, and a life discovered between the cracks.