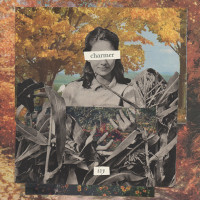 Michigan's Charmer are another of those Midwest-emo bands that I wouldn't say are part of any revival or whatever, as that ship has sailed. But what I would say is they're helping evolve the indie-rock-emo trifecta which bands like Tiny Moving Parts and The Hotelier have pushed over the years. And what's really brilliant about Ivy is that it doesn't just remarkably follow up their 2018 self-titled debut; it's another big win for No Sleep Records hot on the heels of the last Hot Mulligan record.

Now, I make mention of TMP and they're found a lot on this record, but it's not Charmer aping them or trying to recapture a formula. Think of Modern Baseball (which had a hand in the first album's production) with TMP wrapped in, and you'd get an idea of the melodic, catchy and fast-paced brand of pop-punk at hand. The winding guitars on tracks like "Doom", "Windbreaker" and "December" definitely highlight this comparison and you can even pick up tones of bands like Free Throw, Dowsing, Somos, Pinegrove and The Get Up Kids. In short, there's a lot packed in but Charmer finesses it into a sound of their own. It's something I'm not that surprised at to be honest, not since I first heard "Topanga Lawrence". I don't wanna be that cliched dude that says "they were going places" -- but hey, this record kinda proves me right.

And the way they mix it up, with vocalist David Daignault's clean-cut disposition on the mic, interspersed with little bursts of post-hardcore screamo, it's really a gem to behold. Off the cuff songs like "Slumber" -- a little Tigers Jaw-like jam for those fans -- hook you and I think front-loading the album was a smart idea in this case. The mid-section does flail a bit but the first few tracks are just slobberknocks and a bunch of ear-worms you're not surprised to hear cranked out. One thing I noticed was on "VCR 666" Charmer has potential to go darker and maybe into more of that emo-grunge territory like bands such as Citizen and Sainthood Reps, and hopefully it's something they explore soon. I think they've more than got the talent to pull it off and I can see them going from strength to strength after this because after such brutally honest testaments on life, love and everything in between, the only way is up with technical execution this good.

Today is the Day: No Good To Anyone