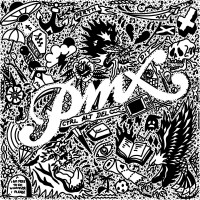 Pmx has been around long enough to not get caught up in any pissing contests. They don’t need to waste their time competing with their peers tagged with “#skatepunk” and “#melodichardcore” in establishing who can flicker their fingers the quickest, or who can cram the most transitions into a three-minute track. Technical scales and supersonic beats are now at the forefront of the genre, where melodies and slick and streamlined power take a backseat. The Scottish punks, flush with their own advanced progressions and stop-and-go shiftiness, continue to bring it all together in a balanced and less-chaotic representation of the style, finding the perfect middle ground between Southern California and Southern Manitoba.

Ctrl Alt Del showcases Pmx as of tight of a unit as ever before, reinvigorated with a fresh and youthful energy. Thematically though, the record is dark, centered on reflection and remembrance. It’s ripped open with aggression, and “Falling Apart” surges out with unrelenting force only to be slightly stalled with the smooth vocal cadence of the gripping chorus. The band’s hard-partying ways of the past are put on display here, looking back on substance abuse not with regret, but with an immature fondness. It’s on “The Fear,” however, where the effects of the boozing and pill-popping on others are realized. The track itself is the purest form of straightforward, late 90s skate-punk with its mid-tempo, jumpy verses that springboard into a speedy, lasting hook.

It’s not all about drunken escapades or “remember the time’s” on Ctrl Alt Del. Much of the record is observational of the outside world and dedicated to loved ones who mean the world to the band. “Passengers” is intense and intricate, a people vs. planet showdown that’s capped off with complex guitar work and lightning-fast solos. Lead single, “Television,” ventures down a similar path, targeting greed and political propaganda, and not our environmental surroundings, as the cause of our eventual demise. The track slays, with taut and gracefully erratic drumming being the focal point.

The songwriting takes a more personal approach on heaters like “Pictures” and “Words.” The echoing “Hold on / To those that [you/I] love / And never let go” from “Pictures” is the most polarizing and emotional moment on Ctrl Alt Del in a tribute to elderly loved ones. “Words” possesses an oddly cheerful tone in an ode to a cancer-stricken father. Sadness makes way for hope and inspiration propped up by the enthralling “Does it really matter what I say? / Does really matter what I sacrifice? / We’ll always be right there / To be your helping hand / When you survive.”

Ctrl Alt Del isn’t about quitting, as the title may suggest, it’s about restarting. It’s Pmx at their finest, charged up with a newly found vitality as they look back on their beliefs and the people that matter the most. The twelve tracks are fueled with horsepower but easy to digest, making it a standout record in the genre without desperately trying to stand out.