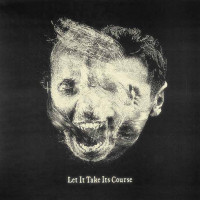 You know how sometimes you just want some riffs? Not solos, not complex time signatures or structures, not conceptual lyrical content, just some aggressive, stomping riffs? I sure do. It’s weight-lifting music. It’s driving like a bit of a dick music. It’s pissed-off-at-your-boss music. Whatever it is to you, it’s rooted in that catharsis you get from something that taps into your primitive brain and lets you feel like your anger isn’t only justified but is probably actually a good thing.

That, in a nutshell, is what Orthodox make. Loud, hammer-blow, riff-heavy metalcore with hardcore leanings, though there are distinct nu-metal influences as well. Not least in the vocal style of frontman Adam Easterling. He employs 2 approaches, basically; the straightforward roar and the slightly wobbly-voiced, gritted-teeth rage approach that both Corey Taylor and Jonathan Davis used in the 90’s to great effect. That along with the far grittier guitar tone and more rumbling low-end than you might associate with the contemporary crop of metalcore bands, make for an unusual amalgam, but one that is completely immediate and for want of a better word, uncomplicated. The band themselves are straight-edge which in of itself leans more towards the hardcore camp and the lyrical content is very much in the malevolent, threatening style of hardcore and nu-metal, so again the record sits somewhere in between. There are dynamics of a sort, with verses often aiming for a more fragile or sinister tone as opposed to the overtness of the choruses and breakdowns. But I can’t pretend there are huge variances from the general theme here.

Look. There isn’t a great deal more to say about the record. It’s not novel or progressive, it’s not diverse, it harks back to an unfashionable style of music that has largely died out…but it’s a weirdly heady concoction of those immediately obvious ‘flaws’ (or what some people wold perceive as flaws, certainly) that somehow ends up being vastly more enjoyable than it has any right to be on paper. I’ve asked a few friends if they have a similar relationship with this record and it seems to be polarising. No-one disagrees on the subject of what it is, only how much they enjoy it. I can’t in all good conscience give this a glowing review as it’s arguably retrograde, it’s occasionally hard to take completely seriously (sole curve ball and album closer “Wrongs” immediately springs to mind, being as it is effectively a piano ballad including lyrics such as ‘I’ll grip the neck of anyone / who intends to do you harm / I’ll make sure that they stay away from you / I’ll take the beat from their hearts’) and yet I have listened to this record more times than many others this year that have unquestionably more artistic merit or worth.

Maybe it’s the state of the world at the moment. Maybe it’s that I just like big, dumb riffs. Whatever the reason, this is half an hour of straight boot-to-the-face riffs and bellowing that I keep coming back to. It’s frustrating to be a music writer and be confronted with an album where you can’t fully reconcile your appreciation for it with its objective quality. But stick on “Cut”, “Obsinity” or “I Can Show You God” and maybe you’ll see what I mean. You might not end up thinking about this album come the end of the year in terms of quality, but you could well find yourself listening to it more than you expect.