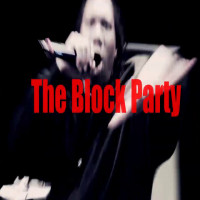 This is the real Hip Hop. Throughout his career, KRS-One has claimed that he’s the most dangerous emcee. That would be a common=place boast except for the fact that he’s proved the claim time and time again. Along with Kid Capri on the wheels of steel, he proves it once again on The Block Party mixtape.

For the past decade or so, KRS has dropped mixtapes with little promo and almost no announcement. They appear to be both exercises for KRS to stay on his game as well as a gift for people who have their ear to the ground of Hip Hop. Quietly uploaded to youtube, this appears to be of the same sort- A demonstration of KRS proving that he is as fierce as he is, outside the scope of marketing, commercialism, or even the album format.

A tribute to the earliest mixtapes, wherein DJs would display their cutting skills as well as their taste, the release finds Kid Capri chopping up dozens of golden age beats while KRS chats over the top. To his credit, Kid Capri is in top form. Due to the dustiness of the sound and the sharpness of the cuts, it sounds like Capri chopped this up in vinyl, live, off the turntables and didn’t stitch this together with computer programs. It makes a big difference. As Capri slashes from one beat to the next, it shows had fierce of a dj he is and the energy cascades from one track to the next. As with a live dj session, there appear to be a few minor imperfections here, which not only show how skilled Capri is- the fact that he’s juggling all of this at once is insane- but it also shows that this is Hip Hop in its rawest form.

And then, there’s KRS-One. Unlike many of his contemporaries, KRS-one was able to transgress from the James Brown beat era to the g-funk era through to computerized Hip Hop. In part, that’s because he’s always had multitudes of styles to draw from. So, no matter the beat behind him, high energy soul stomper or mellow, compu-breeze, KRS is able to make a song out of any backing there is. But, here, where he is blasting on top of the very beats he grew up with, he is simply on fire. And, he’s clearly having a lot of fun. He also drops a few jokes here and there, showing how comfortable he is despite his rapid fire raps. On one section he raps that he wants to break for water, take a sip, and keeps rapping. On he purposefully uses the corny line "I'll make your head Bob like Marley" and then follows that up with "I'm sorry" and raps why he just couldn't resist the pun.


This is one of the highest energy KRS releases to date. As he snaps from beat to beat to beat, changing up styles, he emcees in a hard, smashing style. Yet, sometimes he flips up and drops to a whimsical cadence or even some singing here or there. KRS knows these beats like the back of his hand so, in his native element, he is able to exhibit his skill in its highest form- and that’s very high indeed.

Lyric wise, KRS hits many of his usual topics- the golden age of Hip Hop, the importance of the form, and how great he is. And in wonderful KRS form, there’s some duality here too. At point, he talks about the importance of the golden age of Hip Hop, but at another he brags that he’s the only student of the golden age left, excelling at his level. KRS could come off as cocky except for the fact that he’s right. He stays away from his more recent heavy metaphysical musings, instead using the platform as a pure demonstration of his skill. Frankly, at this point, KRS has nothing left to prove, but I’m glad he keeps proving it anyway.

Orthodox: Let It Take Its Course