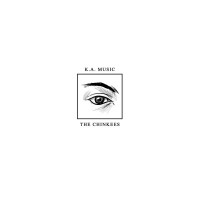 The foundation of The Chinkees has always been anti-racism. Singer, band leader, and activist Mike Park has used his platform, band, and label to confront racism head on. Much of what the country is facing in this moment of uprising after the murder of George Floyd and national outcry is that long overdue conversation The Chinkees made fans have with the introduction to the band and intentional name choice. Through music and community, The Chinkees challenged people to understand what it means to be anti-racist. It’s why after 18 years, The Chinkees new EP titled K.A. MUSIC is a welcome return and reminder the national conversation is not new no matter how many are waking up to it.

K.A. MUSIC is aggressive pop and ska music with inflections of nu-wave, 2 tone, and subtle dub. It’s everything a long student of rocksteady, which Park is, could ask for. It’s hard to compare K.A. MUSIC to past material because it wouldn’t be fair. This is likely many listeners' introduction to the band and with a gap in time old enough to smoke since the last release, how could you? In addition, the band has new players including Roger Camero of Peace’d Out and Kevin Higuchi of Jeff Rosenstock. All previous collaborators of Park and returning member Steve Choi.

All songs here stake their claim on the record. “Trace the Morning Time” starts with an inviting nu-wave riff led by Choi on the keyboards. It sounds like the territory The Aquabats have explored on recent release, but only lasts long enough for the band to yell “Let’s Go!” and into their classic up-stroke ska sound. “Running All Alone” sounds like Bob Marley with just a touch of punk rock and dub. “Your Heart Will Break Forever” has a big rock song chorus with a driving bass drum. Choi’s keyboards stand out and bring new dynamics as his first recorded appearance with The Chinkees.

K.A. MUSIC, as all Chinkees’ music, is a timely political record. It’s also a pointed reminder the way to move people from anger and hate is through love. Park sings “We can bring it closer / You can find a little love” on the opener and returns to the topic on most songs. It’s why on the climate change based content of “Your Heart Will Break Forever,” the lyrics “My love will come together / Your heart will break forever / I couldn’t breathe for a minute,” hit just a little different in this moment. It's a reminder the fight for all forms of justice - be it racial or environmental or social - are intertwined.

On Sight: Cause of Pain [EP]