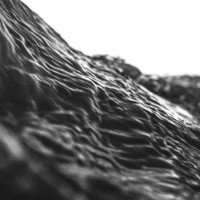 There was a brief moment in the mid-2000s when Acceptance ruled the emo space in that purgatory period between the tail end of the Drive-Thru era and right before the genre forked towards neon-pop and fashioncore. They were lauded as a would-be breakout into rock-radio heaven, but label drama and an eventual breakup saw their short-term lore fade into the vast emo universe. Their return in 2017 with Colliding by Design, (that came twelve years after their debut LP, Phantoms,) showcased the Seattleites’ hook-heavy, hypersensitive pop-rock orbiting around a new era of alternative music where their style didn’t really have a place to land. The world changed, and the place where they previously existed changed with it.

Now, in 2020, we find Acceptance emerging from the rubble of an industry hit hard from a society in ruins. The result is Wild, an observation of the surrounding wreckage expressed through dystopian tones and a free-spirited, free-to-roam attitude. The product is an evolution into a larger, arena-rock sound while everything around them continues to devolve. Lead single, “Cold Air,” epitomizes this with its eerie synths and fighting cries of “We don't belong here / We don't belong / Calling out, calling out, safe and sound / We can't survive here / We can't survive.” The bleakness of the track is picked up by the rising bridge where vocalist Jason Vena pleads “Hey, don't it feel like the frontlines? / Say what you mean when you look at me / Wait for a time when I'm listening.”

These bigger, atmospheric elements of their writing are present in each of the four songs on Wild. “Midnight” re-introduces you to the band with a Brandon Flowers-esque crooning that eases into soundscapes and a guitar ambiance reminiscent of The Edge’s ethereal rhythms, or more appropriately, in this case, The Delonge, of Angels and Airwaves. The chorus is smooth, and almost too safe, where the airiness keeps it confined and teetering on that perceived mainstream sound. “Son of the City” follows a similar approach, but falls flat in what otherwise had the potential of a massive anthem for mass appeal. The welcoming intro verse develops into the driving “You're the son of the city, the city / And you let your light burn bright” of the pre-chorus, only to be deflated by an underwhelming chorus that completely shifts the tempo and releases those initial emotions that first started to swell. Conversely, closing track, “Wasted Nights” builds and builds to create a pure modern-rock surge of exhilaration that’s fit for movie previews and highlight reels. It gives off a sense of freedom and unabashed confidence, proving that nights spent wasted without expectations are often the ones most savored.

Wild is Acceptance’s first record without limits – without having to fit to a framework or giving in to nostalgic feelings. They’ve formed a new foundation inspired by the cracks and blemishes of the one around them. Directionally, it sets them up for a monster full-length, but only if their proven  emotional power they create can be captured and arranged appropriately for the times we're in.