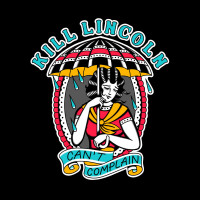 Ska is a recklessly fun form of music. It’s likely because of that the more serious music websites treat it as a joke forever mired and defined by the mainstream elements of its third wave. But there’s nothing to revive if it never went away and with Kill Lincoln’s latest offering, Can’t Complain, it shows a band playing a potent mix of ska-punk unable to be pigeonholed by its genre’s associations in the minds of music critics. From the bouncy pop-punk to the well integrated horns to the Paint it Black cover, Kill Lincoln are making serious ska music for modern times.

Opener “Greetings from Inner Space” sets the intention right from the start as a horn-laded and bouncy pop-punk intro gives way to a classic upstroked verse that would make Less Than Jake blush at how good it is. Kill Lincoln covers the punk spectrum with Can’t Complain which helps listeners who may be hesitant to listen to a ska band quickly overcome their preconceptions. Described as equally influenced by Kid Dynamite as Streetlight Manifesto, the band has the chops to back it up.

Can’t Complain has a sound for everyone while never abandoning its ska foundations. The pop-punk of “Greetings from Inner Space” continues with the following track “Used Up.” The double-timed punk drums are matched with background gang vocals setting up the huge chorus as guitarist and vocalist Mike Sosinski sings, “The good times use me up / While the bad ones break me down.” “Well Spent, Wasted” continues in this vein veering towards early-Four Year Strong territory replacing their breakdown for breakdown’s sake energy with horns that pop off the track.

Not enough can be said about how much Yasutaka Umemoto and Matt Ellis’ trombone and saxophone playing adds to Can’t Complain. “Civil Surgery” punches with the energy of the aforementioned Kid Dynamite with the melody driven by the interplay of the horns. They make it impossible not to bounce along with the huge 40 second breakdown the song ends on that pushes Kill Lincoln into Folly’s territory. “Confession Obsession,” “Quarantine Dream,” and the eponymous closer demonstrate Kill Lincoln’s adeptness with skate-punk riffage as well.

The inclusion of a cover of Paint It Black’s “Womb Envy” alone should be enough to dissuade the casual listener of ska of their notion that this recklessly fun music can’t tackle serious subject matter. In fact, Can’t Complain is filled with topical and weighty subjects willing to take on more explicitly political topics than most punk records released this year. Songs cover the existential dread we are all facing in our current state while also diving into racism, identity, and solidarity in the face of apathy. If anything, it’s lyrical topics like this that connect Kill Lincoln’s ska to the genre’s initial political start.

At just over 29 minutes, Can’t Complain has all the markings of a great punk rock record - explosive riffs, catchy melodies, insightful lyrics and over and out before its welcome is overstayed. This release has deservedly raised the awareness of the current state of ska and with it, Kill Lincoln. Nothing left to do but pick it up.

Into It. Over It.: Figure