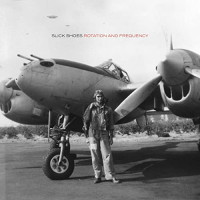 There couldn’t have been a better single picked to announce their return than in “Whispers.” It comes seventeen years since their last studio album, and reintroduces Slick Shoes back like they never missed a double time beat. The chords are crisp and tight with speeds shifting from a cruising state to accelerated, and Ryan Kepke’s drag-along vocal cadence flows over the top in a true revitalization of their form. Fittingly, “Whispers” is the opening haymaker that catches you off-guard and welcomes you back to the early-2000s with a sucker punch impact on Rotation & Frequency.

In their original run, Slick Shoes lived on the poppier and safer side of the skate-punk fence, always peaking over at the darker edge loaded with metal-inspiration and a swift, technical focus. You never really thought of them as the stop-and-go, thrash-infused type of band in the genre, but now, decades later, they’re packing in power with slick intricacies and heavier riffs. Quick and smooth transitions are common on most of the tracks, but what’s most noticeable is the creativity behind the new intensity in their sound. “I Forget the Words,” as an example, mixes in chunky, bass-driven stutter steps across its rapid tempo, and the extremely NUFAN-y “Under It,” bound by abrupt, high-pitched licks that doesn't sacrifice momentum, showcases fresh and unusual elements in their writing.

The majority of Rotation & Frequency, though, sticks to the previous script and is full of pure melodic bangers, like “Always Have (Enough is More,)” that maintains a barrage of backing vocals throughout and shoves them right into an unrelenting and crushing solo. “Carry This” is commanding with a no-nonsense drive that jumps right off of opener “Whispers” and sets up the energy of the record.

And of course, there’s the layering in of a few mid-paced, hooky love songs to slow down the rush. You’ll keep singing “I fall down / I fall down / I want so much to get it right” from “2008” as it carries over into the light and loaded “Visitors.” Slick Shoes even channels the youthful emotion and gushiness from hits off their 2002’s self-titled record. Just like you belted out “Alone tonight / It’s alright / I know that I’m gone” from “Alone,” you’ll find yourself shamelessly wailing along to “Love of my youth / I will rejoice with you” from “The Worlds Were Mine.”

The contribution from every member here is so far advanced and amplified than any record prior - even if it was a lifetime ago. Rotation & Frequency is more than a blast from the past. It’s an explosive and unexpectedly cutthroat return from a band that always seemed to be overlooked. I don’t know if they ever had a chip on their shoulder, but now, seventeen years later, it’s like they’re acting on a grudge.

Heathen: Empire of the Blind