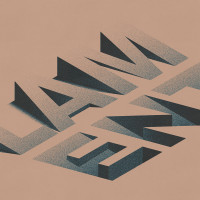 Jeremy Bolm comes across as an incredibly likeable person. It’s clear from previous records that he’s also very honest and I’m sure no-one will argue with the suggestion he’s also incredibly talented. All of these things considered, when I saw Jeremy start referring to the release of this new record in excited and effusive ways on social media, I was similarly enthused. Touché Amoré have come a long way since their formation in 2007. The band have grown, their sound has expanded and their star has risen. At this point, they feel like they’re becoming one of those bands you just trust. It seems hard to conceive of them making a misstep. But whether it feels like that or not, there’s always a chance. No-one’s perfect, after all.

Four years on from Stage Four, one of the most potent and emotive records one could ever wish to hear, we have Lament. Another album titled (along with Is Survived By, this is now three in a row) that suggests a meditation on, and themes of, sadness, loss or regret. Lament does indeed deal with those topics, however it’s pleasing to say that is only a part of the picture here. The band push into territories that they haven’t for some time. Themes of love and politics are of course rich veins to be tapped and Touché Amoré are arguably equipped to do so better than most bands. They have proven themselves time and again to be capable of aurally conveying their feelings in a fashion that is somehow simultaneously poetic, yet direct and free of the padding of metaphor in many cases. This is a tactic employed by the band again this time around. And expertly so, as ever. Lyrics like ‘I tilt my chin up in photographs / a subtle way to reinvent the past’ (in “Reminders”) are immediately relatable yet carry a subtle sadness that the band seemingly have complete control over. The difference in the case of Lament at a holistic level is that it doesn’t feel burdened by that sense of grief or bereavement. Jeremy is still impacted by it (“I’ll Be Your Host” lyrically deals directly with the process of cancer diagnosis and the ultimate result) but there is something else at play here. It’s not defiance so much as assimilation. Or maybe just acceptance. Of the fact that there are things that happen to each of us that we wouldn’t choose. That are objectively unjust. But that we can learn from and not let them define us. We can rage, we can oppose, we can become better. In this way, life’s evils can beat and bruise us, but not overcome us. It sounds like a lot for a record to convey, but it’s exactly this sense that Lament instils in me.

Musically, it could be argued that Touché Amoré are as far away from hardcore as they’ve ever been at this point. There is little in the way of distortion (though that’s been the case for some time for the most part) and the general feel is one of a band unencumbered by anything genre might imply. The lap steel outro of “Limelight” (featuring Andy Hull of Manchester Orchestra) for example, doesn’t even sound unusual at this point. Merely a fitting and gentle denouement to a song that deals with the lethargy and fragility of life that is, frankly, likely familiar to a lot of the potential audience. I don’t know that I can think of another band who would (or possibly could) come up with a song that sounds the same. And that’s just one of the times that this quasi-country inflection creeps into the record. The intro to “A Broadcast” features a combination of slide and acoustic guitars yet doesn’t feel disparate with Jeremy’s voice. I think the result is exactly what you would hope it would be. A sound that is entirely Touché Amore and not really like anyone else.

When I first listened to this record, I was a little unsure what to make of it. I think that maybe my connection to the last two have been so overwhelmingly strong (having had a vaguely similar experience to that detailed in Stage Four) that initially, the strength and positivity that exist in some points of the album are almost jarring. But through repeat listens, the album (as is often the case with Touché Amoré records) begins to get its hooks into you, and before you realise it, that positivity (such as it is) has begun infecting you. It’s an amazing ability for a band to have and given the state of the world today, I for one am delighted to have Touché Amoré use this ability on me. It may well have also been heightened by the notoriously intense production processes of Ross Robinson. Working on this record, he implemented a process of Jeremy reading his lyrics to the band, allowing each member to consider the words and even offer comments whilst phorensically analysing them. This is doubtless another reason that the musical canvas matches the content so magnificently.

At this stage it’s probably clear what I think of this record. It’s another masterpiece by a band who have an extraordinary ability to instil and extract emotion from those they seek to connect with. Album closer “A Forecast” is an undeniable highlight and again, doesn’t really sound like anything the band have written before, yet is quintessential Touché Amoré. I won’t spoil the lyrics for you because it’s a tear-jerking, gut-punch of a song, that almost as a microcosm of the album, covers harrowing occurrences but focuses on the growth and maturation they have brought whilst retaining an honesty and optimism that is nothing short of life-affirming. It’s time to start talking about this band as they are: one of the best we’ve got.