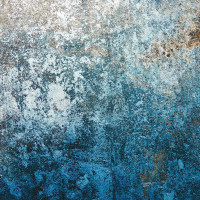 I’m not sure I have to feel too embarrassed when I say that I had not heard of Belgian quintet Eleanora until quite recently. I was sent Mere with the obligatory press notes. I scanned through them as often I do (managing my expectations in the face of the praise that PR’s understandably heap on their bands), but the pitch of this record sounded both like something interesting and not something I could immediately think of a comparison point for based on the explanation that was given. Without giving you the notes themselves, the primary genres cited were post-hardcore, sludge and screamo. I’m fond of all of those, but as you may be doing now…I fell short of thinking of a band who could accurately described as all of those things. Curious, isn’t it?

So the next logical question was whether the description is accurate in terms of Eleanora. And the answer is yes. Not an easy thing to accomplish possibly, especially when you might often think of both post-hardcore and screamo as having somewhat disparate sonic tendencies to sludge. It’s something that immediately came to mind for me and it’s possibly only when you consume the entire record that you can appreciate the contributions that each of those three styles make, to the whole that is Mere. The opening track, “Amos” opens with a heavy but smooth guitar tone carrying a riff that is undeniably aggressive, topped by full screamo vocals and underpinned by rapid-fire drum patterns. The song does develop to feeling rather more composed but doesn’t let up on the intensity a great deal until about halfway through. It’s then that you get the first glimpses of what to me is Eleanora’s trump card and what truly stands out for me in this record. However, to really explain this side of the band’s sound, I’ll jump to track 2 “Elders”. The band have a gift for weaving unsettling and delicate guitar textures, which is what characterises the whole 70-second intro of the song. It’s beguiling and holds great promise. However, when they move into their more typical tempo and groove, although it’s not an unpleasant place to be, there are points when it feels that the song doesn’t do very much. This is also true of the final 2 tracks, which between them make up almost 15 minutes of the record’s runtime. And in the case of “Eb”, which has the feeling of an interlude, a single idea is stretched out to nearly 4 minutes. It’s enjoyable to begin with, but 4 minutes is simply too long.

“Korre” is another good example of the band shifting from the delicate to the brutal. There is also some superb tremolo picked lead line work in the second half of the song which brings some real atmosphere into the track and makes it the album’s highlight for me. It actually borders into black metal territory given the makeup of the song, but still maintains the band’s identity. I think what I’m getting at is that the emotive and melancholy aspects of the band’s sound are simply more effective than the more typically heavy parts, which leave me feeling a bit cold more often than not. The sludge aspect is mostly the heft of the band and the sometime rather glacial feeling of the songs. The post hardcore (or post metal in the case of the excellent “Samaria”) are less obvious, but again I simply must point to the more considered and contemplative sections of the tracks, which is where my interest is piqued.

The fact that there is quality material here bodes well for the band and future releases (this is only their second full-length, after all), but I would hope they could work a little on playing to their strengths. All the parts are present and correct, but some of the songs themselves maybe need a little work to be as effective as this band can demonstrably be, when the material fits them. As it stands, this is 40 minutes, 7 tracks and maybe half of a great album. I’ll be keeping an eye on these guys as they have a sound that I really like and think others will too, but there’s maybe a little way to go before they create what I’m certain they are capable of; a record that could be truly exciting.