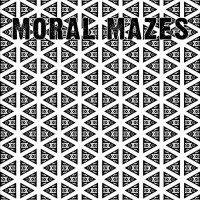 Whereas the band was playing a peppier, dirty garage rock style on their debut, 2014’s Magic Tommy Jackson, there is a vastly new type of feeling here. While Magic’s Jonah Matranga has the vigor and force of a punk singer, Feerick is grooving on a much different vibe, as is the band as a whole. Matranga would mirror the punchiness of the drums and the wailing guitars with equal oomph from his voice, shouting when necessary. But Feerick’s mellow harmonies necessitate a slow down from everyone.

The title track is the most similar to the first release, if I absolutely had to pick one. It’s just a step faster than Side B's “Illinois By Numbers”, and a bit tighter constructed. You get some more pop from the drums, and there’s more space around them. The guitars strum quickly through the verses, then ring out during the chorus, with the slack picked up by a double-duty bass. “Illinois By Numbers” is a lot looser of a build. There isn’t any grandeur in the drums here, no slapback or bottom end boost to hit you in the chest. The guitars go slower, finding the maximum duration of each chord. There isn’t really much of a chorus either; more of a refrain. I’d actually be tempted to call it monotonous, if the slower pace and sunny vocals didn’t make for a such relaxed ambiance. I’d take this track to the beach with me, if I cared for beach-going.

The new approach is no better or worse than the last go-round, it’s just different. Which, honestly, is the point. There’s no indication that Moral Mazes is or will ever be more than a studio project, so why not have some fun? Other than the name, there’s no identity to stick to. There’s no soundman to keep sane. There is only another chance to play whatever they feel like in the moment. If we see another release from Moral Mazes, I would fully expect yet another brand new sound.