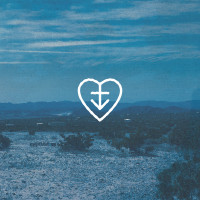 This is another one that I meant to review last year but never got around to, although it did end up on my Top 20 list for 2019. I was originally attracted to this band because of the lead singer, Em Foster, being a trans woman, and as a trans punk girl myself I’m always interested in hearing more trans punk. But while their 2018 album, Everything Dies had some content about being trans, Tough Crowd really doesn’t. Not that that’s a point against the album by any means. The band insists on calling themselves a punk band, and I’m normally of the opinion that any band that calls themselves punk is punk, but on their third album, Nervus are getting softer and softer and much closer to an indie or alternative sound. Still, the song “Fake” is distinctly a punk song. And the song topics are certainly punk topics, ranging from criticizing the existence of the police to calling for the end to national borders.

The album starts with “Flies,” which is essentially a hate anthem, possibly a break-up song, and I listen to it when I start to think about the people in my life who have really hurt me. The phrase “I hope you don’t rest” is an odd insult, although possibly related to the song’s overall theme of pretending the subject of the song is dead, but boy is it a surprisingly good insult. “They Don’t” is the album’s anti-police song, which is interesting because Nervus is from the UK where violence at the hands of the police is much less common than in the US, especially since the British police aren’t armed. But that doesn’t stop Nervus from a scathing critique of police and police violence, and takes particular aim at those who would forgive the police who are involved in the LGBTQIA community. “Why is it people wanna focus on state violence/When that officer proposed at pride?” Em Foster sings with dripping irony. But the highlight of the album is definitely the guitar-only ballad “Burn,” the album’s penultimate track, which I take to be a commentary on Brexit, Boris Johnson, and the wave of proto-fascism sweeping both the US and the UK. One of my favorite repeated lines is “We don’t need heroes we need faith/Decentralized because we all can lead the way” meaning we need faith, not in a single savior figure, but in each other. It’s one of those songs that nearly makes me cry every time I hear it.

Punk band or not, Nervus is a great band that’s definitely on the rise. And with three albums between 2016 and 2019, they’ve proven themselves to be quite prolific. Em Foster is a ruthless lyricist and viciously attacks any threats to human life and dignity in her music. After an album as good as Tough Crowd, I’m not hung up too much on whether it’s a punk band or not. It’s just really good music.