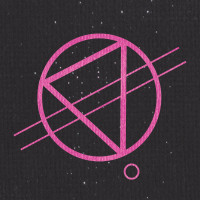 As events from this crazy year began to play out, members of the River Jacks, a folk-punk group from Calgary decided to pursue the harder, more aggressive sound of punk rock. Consequently, Quit It! was born.

The band still maintains somewhat of a folk tradition by sharing songwriting and lead vocal duties. This makes for an interesting collection of tunes. At times, the record sounds like a compilation of different bands. And other times, there is a cohesive nature from track to track. For example, “Let it Burn”, which is the perfect opener, is an anthemic punk tune with a catchy chorus enhanced by powerful background vocals. While “Barfly” with a different lead vocalist, has more of an indie rock feel, leaning towards a Menzingers sound and an atypical song structure, but still features great singalong moments. The third track “Pandermobile”, is similar to the first track in it’s punk rock feel, though once again features another lead vocalist. And the final track, the loudest and angriest on the EP, has a clearly different tone, yet still fits the theme of the record.

And while the four tracks sway back and forth from style to style, the overall feel is still somewhat steady. This is due, in part, to the lyrical content. These songs were formed out of critical observations of polarizing events, civil unrest, and divisive situations. Yet the songs still offer a small glimmer of hope albeit with some pretty stark reminders that we need to make a change. “Let it Burn” for example, shows us that “when the people take to the street…(it) reminds us that we live in this world together.” “Barfly” points out that “to highlight the systemic, all it took was a pandemic”. And “Pandermobile” and “Wake Up Call” present a critique of the social inequality and exploitative nature of capitalism in the modern world.

Without sounding too straight forward or cliche, this record is a collection of songs that were born out of troubling times. The songs are angry and critical, yet pretty catchy. It’s clear that the band has some great potential and I’m interested to see what they put out in the future. Fans of the Menzingers, Dead to Me, and One Man Army should definitely dig their sound.