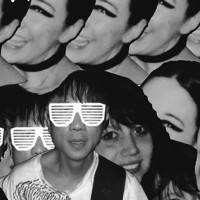 ODCPP is, or was, the straight-up punk band that included Cassie Ramone of Vivan Girls, Dee Dee of Dum Dum Girls, and OJ of X-Ray Eyeballs. Their sole release was the playfully named 7” LP, which of course, was EP length. Let’s hope the band records more, or at least does a physical version of this, because it rocks.

The band is fairly dedicated to first wave US punk. “Takin’ Shots” is basically a one line songs about tequila, but like all the great Dangerhouse bands, there is a darkness to the simplicity. Is there something else to these lyrics aside from the obvious? We’ll never know, and that’s the mastery.

Throughout the release, the band revels in a certain playful nihilism. They don’t so much make points as statements that can be bent in many directions. “Test Tube Baby” is based in jangle guitar and dirty feedback, and has the retro-futurism of the 70s, when genetic modification was first coming to prominence. “It’s OK” has the lurking darkness of early Bags tracks.

The release is over just as soon as it starts and maybe that’s wise. Not only is there not a wasted a second here, but there’s not a wasted millisecond. Everything here is either focused on hyper economical riffage, opaque vagueness, or just rocking out. I hope the 12 –inch LP, or at least the 12-inch EP follows this. I want more.