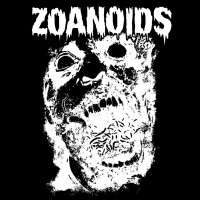 Kalamazoo, Michigan’s The Zoanoids kick 2021 into gear with their debut full-length. This lo-fi pop-punk band first released an online demo back in 2019. I first heard rumblings of this band via social media last year and immediately started paying attention. The Zoanoids write darker songs about sci-fi, literature and beyond. Erroneously, I pegged them to be a well-crafted Lillingtons knock off. While the comparison can be made, there is much more going on.

“Teenage Werewolf” sets the tone for this well-balanced album. The Kody Templeman influence vocally is evident right from the start. This song will seem extremely familiar to most pop punk fans, even if you have never heard the Zoanoids. This rocking track boasts a catchy chorus that will stick with you. The next track truly is “Driving” in every sense of the word. The band takes a complete 360 turn and channels Boogada-era Screeching Weasel. This fast and heavy track borders 80s U.S. hardcore. The steady tempo returns on “Arms of Ahriman” which is one of the album’s many highlights. An Ahriman is an evil spirit in early Iranian religion. There are plenty of “whoas” in the chorus to please the pickiest of pop punkers. Classic 90s Lookout Records style pop punk is present throughout “She’s Not a Deep One” which follows. The Zoanoids take on classic cinema on “Biollante’s Revenge” which tells the tale of a genetically engineered clone of Godzilla. Buzzsaw guitars carry this brilliant track. “Time of Judgement” starts with a dark and catchy guitar lead. Well-executed palm muting in the verse leading to a loud chorus is the formula on this one. Side A ends with “Dos Fuertes!” which is an instrumental surf-garage rocker. Tasty guitar leads are present throughout which are accompanied with a solid rhythm track.

“Innsmouth” sets the tone for Side B of this album with its catchy intro. This track boasts amazing vocal lines in the pre-chorus showcasing versatility. This track pays homage to the fictional town penned by American author H.P. Lovecraft. The hardcore blast returns on “Michigan” which follows. This is fast and snotty and works well on the album to break up any monotony. “Overlord” is another steady rocker which showcases the Lillingtons influence. The catchy chorus and guitar leads coming out of the chorus work well on this track. Heavy solid riffing is present on “Directive : Solbrain” which follows. Vocal versatility is showcased again through deeper tones. “Indifference” is another hardcore track that starts out angry but gets melodic. The album concludes with “Spheres” that commences with a solid bassline. There are effective muffled vocals on this one that helps the album fade to conclusion.

The Zoanoids have released an extremely impressive debut album. What surprises me is the diversity discovered with each repeated listen. Some initial influences seem obvious at first hearing the album. As time goes on, other sounds creep into your head. This album should definitely be on the radar of fans of classic pop punk and Ramonescore. Fans of modern American pop punk such as Horror Section and Houseghost should take note as well. Looking forward to the future of the Zoanoids and hope to be able to catch them live sometime soon.