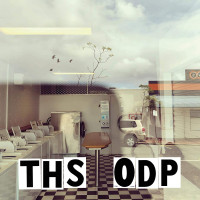 On their first four albums, The Hold Steady were regularly called a bar band, which musically they were. Thematically, they always struck me as more of a house party band though. Craig Finn’s lyrics were about people we all knew the reluctant drunk, the stoner, the good kid with the beginnings of a coke habit, the alcoholic who would be making us all laugh one minute then scaring the shit out of everyone an hour later, and the person who overdosed a few times. It was like the band was peering into our early to mid-twenties and writing about our friends and, perhaps more often than we realized at the time, ourselves as well. It’s why those albums hold a special place in so many of our hearts. We all knew Charlemagne, Holly (her parents named her Hallelujah), and Gideon. We partied with them. We were friends with them. And in some cases, we attended their funerals.

Starting with their fifth album things began changing with the band, and while some of the stories remained. It wasn’t the same anymore, and many would argue not as good. They were in a transitional period, like many of us were as we entered our late twenties and early thirties. People moved out of town, some of them went to rehab, and some of them tried growing up and getting that real job they swore they never would. It was a weird time. It was an unfocused time. It was a time when friendships were lost to sobriety (or a lack thereof), work schedules, and some of us starting families. It’s hard to know where the soundtrack for the other side of that is. In the case of The Hold Steady, there were moments I wasn’t sure they’d be there to provide it.

Open Door Policy succeeds at being that soundtrack, and is a welcome return to form for the band. There are some who will say that the band have lost their edge. That they went from making loud rock albums to making minivan rock for aging hipsters who have families now. I wouldn’t say they’re wrong. But, they make that rock for aing hipsters who occasionally forget they can’t spend a night out drink MD 20/20 all night, that still have those friends they love they aren’t sure will ever get sober, and they still find themselves lying to their kids about why they smell like cigarettes after a stressful day. Yeah, they drive minivans but they have an entire history they cram behind the wheel every time they take the kids to soccer practice. Some stories aren’t made for PTA meetings. This album is a reminder of that. This album is for those of us who still haven’t quite managed to quit fucking up, we just hope we’re more subtle about it these days.

While Craig Finn hasn’t completely abandoned his role as a narrator looking in on the scene, these days his songs are frequently written in first person. It does feel like he’s an unwilling participant in many of these situations. It’s not that he’s distant; it’s that he’s trying to navigate the awkwardness that is adulthood in all of its unnerving glory. On the lead single, “Family Farm”, Finn starts off recounting what sounds like a stay in the psych ward or a rehab center before beginning to describe a woman who his experiences with may have landed him there. The song dips into drinking and drug use before the both end up at the titular family farm. The farm, by the way it’s described, sounds more like a meth lab or militia base than the title would lead you to believe.

The album’s second track, “Spices”, perhaps captures the feeling of reuniting with old friends and their lifestyle choices better than any other track on the album. This is especially evident in Finn’s lyrics, “Haven’t really seen her since the previous winter, she’d been a drop dead number since later last December. But, here she is rising again, happy Easter. You wanna go get some beers? And all the bartenders were strangling their shakers; it was springtime in the sweet part of the city. It’s nice to hit the taverns with familiar companions. I kind of like it when she’s laughing at me. So now we’re back in touch and we’re up to our old tricks. And she’s acting on a tip; we’re trying to find the right play. She said meet me on the corner by the Central Smoke and Gift. It’ll be just before daybreak.”

Throughout the album, the band captures all these moments from long after the after party. It’s like getting a 2:30am phone call from an old friend. They’re at the bar and need a ride. As much as you want to pick them up, the kids are asleep and you work in the morning. So, you pay for their Uber, unlock your backdoor, and let them sleep on your couch for the night because you don’t want their kids to see them like this. As glad as you are that they’re not driving drunk, you’re worried you are still too much of an enable to be their friend. But, at the same time, you still want them to invite you to those parties that you know you’ll never go to.

Musically, this the best The Hold Steady have sounded since Stay Positive. I’ve always been a firm believer they sound better with keys, more specifically with Franz Nicolay playing them. While there are great songs on the albums after he left the band and Tab Kubler is a great songwriter and guitarist the keys always rounded their sound out. When Franz returned for Thrashing Thru the Passion, it felt like a homecoming. But, it also felt like everyone was still trying to figure out where they lived in what was now a six piece band. Open Door Policy is the album longtime fans have been waiting for. The lyrics are there and the music is there. They’re no longer slipping soft rock into the set list now, they’re obvious about it. Life is still just as hard though. The liquor is still just as hard. And the drugs, try as we might to avoid them, are still just as hard. And sometimes you’re an aging hipster, sitting in your minivan, and you’re crying. Because for some of your friends the liquor and the drugs were just too hard, and they couldn’t break away like you did. There’s finally a soundtrack for that. Hopefully, we don’t need it too often.

Stalag 13: Fill In The Silence