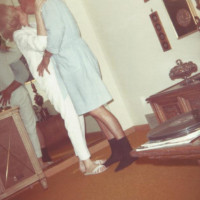 Very few bands have a record under their belt that had the impact of 2005’s You’re A Woman, I’m A Machine. When seemingly the whole world were swinging their skinny jean-clad hips in indie discos around the globe, it was initially the neo-rock ‘n’ roll sounds of The Strokes, Black Rebel Motorcycle Club and the White Stripes that was filling those early 2000’s sticky dancefloors, but fast-forward half a decade and things had changed a bit. The jagged, angular riffs and post-punk sounds of Bloc Party, Interpol and Foals were jostling for position against the more nightclub-natural, electronic focus of CSS, MGMT, LCD Soundsystem and the like. From one bar and club to the next, though, one of the common denominators was a love for the hard-hitting dance punk of DFA 1979. A power duo the like of which the scene had not really benefited from before. They came bearing huge tunes. Tunes that you could dance to, drink to, do drugs to, sing along to, fuck to. It was just ideal music for a time when people were predisposed to doing all of those things.

That was 16 years ago now, though. Times have changed, tastes have changed. And to be fair to them, DFA have changed as well. Though mercifully not too much. They still favour brevity, with this record being 10 tracks and 31 minutes long. They still make you want to move just about as much as any band out there. They still know their way around a riff and their beats are still just on the right side of being synthetic. So the constituent parts are all present and correct. What has changed a little bit is the tone of some of their music. Where once there was a kind of grinding quasi-hardcore sensibility, we’re now in more electronic and frankly, fun territory. The aggression has been all but replaced by a greater degree of focus on melody. I don’t want to say that it’s a more ‘mature’ approach because of the connotations that word has, but it’s a more measured approach, maybe. That being said, the album still hosts more than its fair share of legitimate bangers. Recent single “One One” is begging to be blasted live and at club nights in equal measures, the winding bass lick that forms the main body of “Free Animal” is irresistible and “Totally Wiped Out” is two and a half minutes of leather-jacket-and-shades, dancing-on-tables joyfulness. Sebastien Grainger’s vocals still have their trademark cadence, but also take on elements of Julian Casablancas and James Murphy at times, which does make for an occasionally nostalgic listen, but by no means an unpleasant one.

The album’s last 4 tracks are where there is a more noticeable change, however. Where keys and more sedate pacing has intermittently been present on previous records (2017’s Outrage Is Now, especially) the band really lean into that here. “Love Letter” starts with a piano chord progression, woozy vocal lines and tambourine that recall The Beatles or The Kinks; and the songs stays in that general area throughout (albeit with some very pleasant synth accompanying the otherwise very organic sound). Then next songs “Mean Streets” starts in a similar vein, which makes it seem all the more jarring when the drums kick into something approaching a blast beat around the minute mark, which gets more and more intense with lo-fi vocals building up and the wave crashing and rolling back a mere 20 seconds later. The remainder of the song is a bass solo, some more keys and ‘Woo-ooo’ vocals. It really is quite an odd song all told, but does show an impressive dynamic range as well as level of invention. I’m just not sure if it really works.

I had a lot more fun listening to this record than maybe I’d suspected. Some of it is close to what DFA do at their best, some of it is certainly less impactful, but rarely moves into an area that doesn’t feel at least well-crafted. In the least surprising headline of the year so far – it’s not as good as You’re A Woman, I’m A Machine, but when you set the bar that high with your debut, making music that still feels exciting and with a sheen of class this long into your career is an achievement in and of itself. I’d prefer to frame it this way; it’s the best thing they’ve done in at least 7 years. And if you prefer this to The Physical World (which I think some people genuinely will), then it’s the best since the debut. Yeah, that feels better.