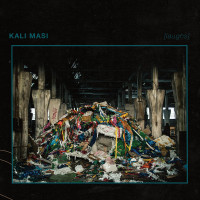 TAKE THIS TO HEART RECORDS

Punknews alum, Alex, was the one that kept mentioning Kali Masi to me a few years ago at a Riot Fest and honestly, after soaking them in, along with Microwave, I felt they were some of the most underrated acts around. What really impressed me about Kali Masi's Wind Instrument was how clever they intertwined indie and punk, clearly indicating they could mix it up and evolve even further. Well, come [laughs] that's exactly what the Chicago-based band does and it produces a heck of a gem.

They do stick to their basics, appeasing fans of old with songs like "Long Term" and "Trophy Deer" -- showing that when it comes to pop-punk, they know what they're about. But honestly, it's their more expansive sound and that Americana ebb and flow that really sinks its teeth into me. They've got quite a few compositions that change tempo on a constant basis, giving off a vibe like The Gaslight Anthem, Lucero and even, Sparta, at times.

"Still Life", "Hurts To Laugh" and "Guilt Like A Gun" are prime examples of this, offering a sonic variety that really kicks the record up a notch. The same for "Freer" which plays into the album title of someone, possibly God, laughing off-screen at everything happening on the mortal plane. And I'm not exaggerating, the lyrics tie into this existential topic and sense of dread as Kali Masi basically question their purpose.

Now, as the album winds down, let's just say the closing two tracks are gonna take you for a wild ride. "Recurring (I)" is a curveball with a Rise Against aesthetic, while "The Stray" barrels into you like Thursday (post-War All The Time) and At the Drive-In, placing an exclamation mark on the versatility that Kali Masi pull off with near-perfect aplomb. Brilliant sophomore effort and something I can't wait to hear them try to top.

A Day To Remember: You're Welcome