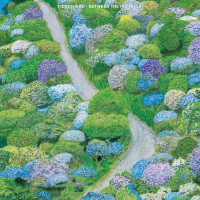 The question of what scene a band belongs to is an age old one. It can be impacted by sound, geography, aesthetic, production, shared members, press coverage and plenty more besides. Fiddlehead are a particularly interesting band when it comes to this topic. They’re on a label most famed (arguably) for their alt rock/emo output, they feature members of Have Heart (Patrick Flynn, vocals) and Basement (Alex Henery, guitar) and some of their most recent shows (early ’20) were with bands including Gorilla Biscuits, Terror and Mortiferum. They released debut album Springtime and Blind in 2018 after some casual sessions generated music that the combined members felt warranted being released. And that was kind of supposed to be it.

2021 does keep bringing surprises and this album could, in its existence alone, be one of the more positive of those. What is possibly less surprising, is the sound and content. But that’s not necessarily a bad thing. Fiddlehead trade in something that a lot of people enjoy but has never been siloed in a single scene. It’s kind of alt rock, it can be very emo, there are huge swathes of post-hardcore, it has a slacker vibe running through it, but maybe more than any of that there is a general punk spirit that makes the whole thing feel incredibly energising. That’s not to say the whole record is energetic, however. “Loverman” has a languorous, woozy feeling to it for example, but still boasts a grand, bellowed zenith that subsequently breaks down into a solo and then outro that feels beautifully constructed yet oddly ad-hoc in style. “Joyboy” has a similarly soft-focus, languid feel to it but at just over 2 minutes, it doesn’t make the record lose its tempo.

Rewinding for a minute, the album opens with an introduction track of sorts in “Grief Motif”. A spoken word sample plays over what sounds like gentle woodwind, before the guitars and Flynn’s vocals kick in and you’re reminded you’re in very safe hands. But it’s second track “The Years” where the band start moving through the gears. If you’re a fan of Samiam, Superheaven, Title Fight or any of those bands, then you’re going to like this. The guitar work of Alex Henery and Alex Dow is so immediately evocative of a style that is simply not so prevalent anymore that it feels exciting but comfortable at the same time. When “Eternal You” kicks in, you can picture the show in your mind as clear as day. The rapid-fire, melodic, almost swinging nature of the riffing is like a quadruple espresso delivered directly to the feet. My feet are shuffling awkwardly and rapidly under my desk as I write this. The second half of “Life Notice” similarly gets me moving every time I hear it. These passages are dotted throughout the album and for me, they never miss. Because they’re not the default setting of the band, then they really work when they arrive.

Flynn was inspired to write these songs by some major life events. Primarily his marriage, recent fatherhood and the 10-year anniversary of his own father’s passing. “Eternal You” incorporates a spoken word passage that specifically references some of this and the themes are present throughout. What’s nice though, is that there is an ease to which the songs seem to have come into existence, both musically and vocally. This combined with the reflective but ultimately positive lyrical content makes this 25-minute, 10-track record ideal for what will hopefully be the final summer of major pandemic upheaval. You can look back, you can remember the hard times, but you can also find reasons to be happy.

Beatnik Termites: Sweatin' to the Termites