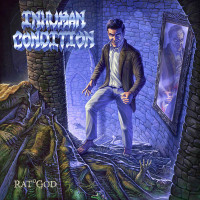 Massacre are one of the more routinely overlooked bands of the early death metal years. There are a lot of reasons for this, but primarily it’s been the dissention in the ranks that led to a revolving door approach to band members since the band’s 1984 inception. The reason I’m talking about Massacre is that Inhuman Condition, despite having only come into existence in the latter stages of 2020, features Jeramie Kling, Taylor Nordberg and also Terry Butler. All of whom are one-time members of Massacre (Butler having done 3 separate stints over almost 30 years, as well as playing with Death, Obituary and more besides). Kling and Nordberg also play in The Absence, Goregang and FORE. Considering all these things, it’s hard to see how starting a new band, writing, recording and releasing a full record’s worth of material in around 9 months could be possible. Or advisable, frankly. But sometimes unusual circumstances generate surprising results.

If you like death metal, then I can’t really see any reason that you wouldn’t like this, to be blunt. It’s 32 minutes and 45 seconds of morbid, riffy goodness that also just makes you want to smash some beers and party. It marries the benefits of today’s production techniques with the more overt thrash influences of 90’s death metal. The songs are typically 3 or 4 minutes long with entirely decipherable lyrics, bags of groove and a guitar tone to die for. Kling and Nordberg are responsible for the writing on Rat God and whereas all of the other elements I’ve mentioned do come together to give a great listening experience, what makes this record stand out is how absurdly addictive it is. The replay factor is off the charts. I listened to this 3 times in a row at one point yesterday and could comfortably have gone again, frankly. Some of Kling and Nordgerg’s other projects (most notably, The Absence) lean into styles that rely more heavily on melody, so whereas they don’t use much melody in Rat God per se, they borrow heavily from the gift they evidently have for composing heavy, death-adjacent songs that are absolutely peppered with hooks and earworms. There are even moments of emotiveness, but for the most part what you’re here for is the stinkface, horns in the air, headbanging masterclass that Inhuman Condition have put together.

I suppose you could argue that this record only does one thing. I wouldn’t personally agree with that though, because I get the same thrill from this record as I get from Obituary, Death and Entombed (there’s a great Left Hand Path reference in “The Neck Step” incidentally) but I also love the classic metal flourishes (just look at the artwork), the thrash grooves (“Killing Pace” is comfortably one of my songs of the year so far) and the wild solos and dive bombs that you might get from any of the above. So yes, it turns up, rips your face off for half an hour doing various versions of one thing, but that thing is such a grotesquely beautiful, bubbling cauldron of some of the most joyful things that death metal does, that I absolutely wouldn’t want it to do anything else. I’ve heard a lot of records this year but I don’t think I’ve had as much fun with any of them as I’ve had with this.

Amigo the Devil: Born Against