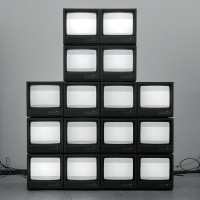 It’s truly remarkable the staying power of Rise Against. Probably one of the last real deal rock bands to emerge in the early 2000s that has maintained a level of popularity that’s just not to be expected from a Fat Wreck hardcore band. Let alone a Fat Wreck band who jumped to the majors and whose first mainstream hit was an outlier acoustic song released as their third single off their major label debut. What could’ve been a one off that relegated Siren Song of The Counter Culture and Rise Against to the used CD bins and middle tier festival slottings - much in the line of a more respectable Ataris’ situation with their cover of “Boys of Summer” - has translated to some of the last breaths of the early millennial alternative rock scene.

So nearly 20 years later, Rise Against continue forward with their latest effort Nowhere Generation. Undeterred by Travis Barker’s pivot to emo rap crooners or the collapse of traditional guitars, bass, and drums music on the same radio channels where Rise Against originally caught aflame, I’m here to report Nowhere Generation sounds like a Rise Against album. It brings the band back to Bill Stevenson after only their second departure from his production with 2017’s Wolves. It contains the big anthemic single ready for Spotify lists in the eponymous “Nowhere Generation.” It’s packaged as a socially conscious record with just enough ambiguity and metaphor in the lyrics to mask it’s lefty associations to the untrained ear. It’s got an acoustic song.

At surface level, all that sounds generally ok. The recently announced tour in support of Nowhere Generation with Descendents and The Menzingers is sure to be a generation spanning good times of former punks reuniting. One of course that doesn’t bring any new politically minded punk bands to pass the torch onto, but nonetheless fun had by all with the aid of some $15 Bud Lights. If that requires Rise Against to release a new record to start the machine then goddamnit that’s good enough for most music fans. Nowhere Generation is a lot like that. Good enough.

But it could’ve been better. As Brandon Barnes pummeling drums drive opener “The Numbers,” the song rages with reckless abandon. Tim McIlarth’s trademark throaty vocals fall right into place over impressive guitar riffage that stops on a dime. The song briefly reminds you of the excitement a punk band like Rise Against can bring when firing on all ends. That is until the chorus. It’s chorus saps the energy from the song for something that falls short of anthemic. This is a pattern that plays out on Nowhere Generation. There are moments on this record that truly had me doing double takes because it found Rise Against channeling the urgency missing on their work in the 2010s. Could this be a renewal?

The back end of the album finds the band almost falling into that sweet spot. The double time stick work on “Broken Dreams, Inc.” propels the song forward as the drums thunder through the verses into a blazing chorus building all this tension into the breakdown. However, rather than seeing that tension through into the explosive energy it builds, it just lets out in a sea of mid-90s ‘woahs’ that sound like any Fat Wreck ‘90s effort lacking originality. The equally aggressive “Monarch” gets even closer. The bridge rolls into the type of post-hardcore guitar twinkling a band like Bane would layer over lurching guitars that sounds like a band about to let loose. But instead trades it for another minute of the chorus. “Sounds Like” finds Nowhere Generation getting closest. The song follows the pattern above, but this time releases into a huge guitar riff that finally feels like the balls to the wall rock song they have the potential to write. It’s short lived for the band to burn out in another extended chorus.

It’s formulaic and in some sense, of course it is. For a band to reach this type of longevity, they are pretty conscious of what their fans expect of them. Nowhere Generation delivers that. But not every song is - or needs to be - on a Spotify list or a radio pleaser. It feels like Rise Against set out to replicate what makes Rise Against great and did in fact create a decent replica of that. But in doing so, they also forfeited a lot of the creativity that had the potential to shape these songs into a renewal. It’s too bad because there are good moments on this album and they definitely aren't the acoustic song.

Fucked Up: Year of the Horse