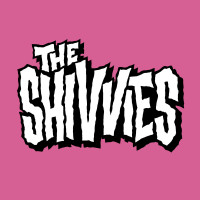 There is no doubt we are living in the craziest era of our lives right now. One thing though that has kept me sane is the continuous onslaught of new bands and releases. Even many veteran bands have produced some of their best material in years. One new band in the pop punk bubble are the Shivvies from Rotterdam in the Netherlands. This band features scene veterans Michiel and Robert from the Real Danger as well as Marien Nicotine from Windowsill and Giant Eages (also formerly of The Apers). The band states both the Ramones and the Riverdales as primary influences. Nobody hearing this stellar debut album would refute this claim. Unlike others before them, the Shivvies seek inspiration throughout all eras of the Ramones. Please read on if this piques your interest. The album starts strong with "Goodnight Baby" which properly sets the tone for their debut. This track opens with the chorus which is always an effective method for capturing your audience. You know what you are in for when the first vocals you here are "1-2-3-4." The song "Phone Booth" will take you back to when you first heard the Riverdales staple "Back To You" in the 90's. This mid-paced song has a very loose feel and boasts great vocal harmonies. The band goes true heavy Ramonescore on "Snitch" which follows. The band spells out "S-N-I-T-C-H" in true Ramones fashion which adds to the melody and aggression of this track. "Freak Out" continues in true classic pop-punk fashion. "Creepy Vibes" is easily my favorite track on the album. This ambitious track has a strong 80's soundtrack vibe which works well. This is a song about an odd dude who freaks out all the girls and ends up going home alone. Visuals immediately appear in my mind with this song. The Shivvies return to classic mid-paced pop punk on "How I Feel" which showcases some solid guitar leads. "Chemicals" follows as my second favorite on the album. This is a fun and fast paced song which kicks you in the seat of the pants right from the start. If this song doesn't make you want to pogo in the pit then nothing will! The Shivvies attack mid-period Queers on the surf punk track "That Girl." This is one of the more poppy tracks on the album. "Dizzy" follows in a similar fashion. Fans of Marien's previous band the Apers should take note of this one in particular. The Shivvies take on new wave with "Have My Heart" which has an amazing guitar lead in the bridge. Full on aggressive Ramonescore with quick chord changes returns on "Dimwit." The Ramones would definitely have had Dee Dee take lead vocals on this track. The song "SHIVVIES" is a rally cry which tells the tale of what the band is all about. They spell out the band name in the chorus and warn that they are "gonna stab you in the back." The band keeps the aggression up on "Crocodile" which follows. This is another short and sweet ripper of a tune. "Esperanza" closes out this fantastic debut album. Vocally, this classic sounding track pays homage equally to Joey Ramone and Dan Vapid. Female backing vocals are present to help round out the melody. For an added touch, a saxophone solo is present in the outro. The Shivvies have produced a very solid and impressive debut album. After repeated listening sessions, I feel the band put ample effort into writing these songs. This is no basic Ramones carbon copy album. The influence is there, but more as an inspiration. The Shivvies are a welcome addition to the pop punk scene. I look forward to future output from this band.