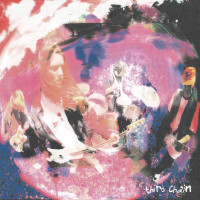 It finally is becoming noticeable. I sit there at the back of the show and look around. Not quite as many people in tight black jeans and jean jackets anymore, particularly in the hardcore scene. Sure, some of the old heads are still there, but Generation Z is making their presence felt more and more. Gold chains, baggy pants, and 90s styled rose colored glasses to a scene that has embraced the scattershot nature of Spotify in influence. This includes an affinity for such now-classic rock bands that welcomed the onslaught of grunge at the start of said decade. These influences are definitely shining through in the hardcore scene, as is the generational changeover, in up and coming bands like Soul Blind.

Unless you're familiar with the undercurrents of today’s scene, Third Chain may be your potential first introduction to Soul Blind, a three piece post-hardcore and grunge band from Hudson Valley currently bubbling up. Soul Blind combine the best of the early 90s alternative radio rock scene with today’s expanding definition of hardcore. Think bands like Quicksand, but with a knack for more modern aesthetics. The closing breakdown in opener “Third Chain” ends with a heavy crossover influence prevalent in many of today’s rising hardcore bands.

There’s no stand out track on Third Chain because all three serve as a nice welcome point to Soul Blind. “Misplaced” sounds like it could’ve been found on a Soul Blind cassette tape wedged between Soul Asylum and Sound Garden at the local record store. It's just clear they found influences in the contemporary New York hardcore scene and not the early SST catalogue. “Phantom Pool” moves the band a little closer into Deftones territory with spacey rock riffs that allow thundering drums to splash and echo through airy vocal melodies.

For a band that only has a smattering of singles and demos released, Third Chain is a surprisingly cohesive offering and mission statement. Soul Blind’s ability to quickly master their sound only hints at good things to come. If you’ve missed some of the previously mentioned bands and the peaks they hit in the 90s, whip out your now-classic rock t-shirts and check out Soul Blind for a much needed update.

The Copyrights: Alone in a Dome