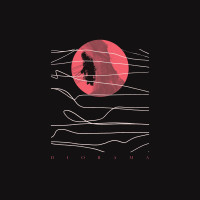 Being completely candid, Denmark’s MØL hold a relatively special place in my heart. At a time when I felt that post-black metal may hold increasingly little for me, they freed their debut record, Jord, into the world and revived my interest in the genre almost single-handedly. I also went to see them at the album release show and became sufficiently animated that I ended up breaking my hand in a small but ferocious pit. Even this couldn’t dampen my affection for the band’s emotive and cinematic take on the blackgaze style. So with this in mind, I’m putting my best objective hat on to consider this, the follow-up proper (the band re-recorded and released two early EP’s in between), this time coming from the illustrious stable of Nuclear Blast.

MØL have always had a flair for some of the prettiest textures and sounds that are associated with their scene. Despite Kim’s quintessential black metal vocal, you can often find yourself listening to the band and (often in retrospect) noticing that for periods at a time, there is scant else in the way of black metal on display. But then with equal ease and aplomb, the band will launch into a tremolo-picked, blast beat segment that any ‘trve cvlt’ BM band would be proud of. So in short, it’s their dynamic range and comfort in both the light and dark that allows them to stand out from the crowd. In Diorama, they are continuing to do so, but the gulf between the extremes has been pushed even further. As a huge fan of Deafheaven’s Ordinary Corrupt Human Love, Diorama often puts me in mind of that record. This album maybe isn’t as structurally diverse as OCHL, but the beautiful, transcendental lead guitar lines (courtesy of Nicolai Bladt and Frederick Lippert) that paradoxically juxtapose and yet hypnotically mesh with Kim’s vocals are of a world class level, there simply can be no denying. There are also passages of clean vocals dotted throughout the album which add to this wider range and are implemented with an ease and skill that suggests there is little beyond MØL’s reach, compositionally.

If some of this is starting to worry the more corpse-painted readers out there then I understand that, but as well as the above, MØL are experimenting with other ways to unsettle the listener beyond the traditional black metal techniques. The discordant bends in the verse riffs of album opener “Fraktur” are a great example of this, as are the furious, broiling guitars in “Tvesind”. But when those passages of unease give way to euphoria-laced, panoramic moments, it feels like ascending, rapture-like, from the murk of what you’ve left behind. Maybe because of these shifts, the residual feeling I get after having listened to this record is one of positivity. Of hope. Arpeggiated guitar lines puncture through the veil of darkness cast by the more scathing passages like sunshine piercing through clouds. And because of the band’s flair for the affecting, cinematic aspects of their sound, it really does feel transportative and moving to an extent that is rarely achieved in extreme metal. The soaring backing vocals in “Serf”, the shimmering, almost glittery guitar tone that accompanies the most thrilling parts of “Vestige” and the way the band can usher in a crescendo that crashes like a tsunami, without having to build towards it for 3-4 minutes (as is more typical in the various ‘post’ scenes); all of these are moments worthy of note, but don’t even begin to amount to the value of this record as a whole.

By the time the album closer and title track rolls into view, you really don’t know what you’re going to get, but when the gentle female vocal arrives it doesn’t even seem incongruous, such is the journey that you’ve been on. And when Kim flexes his vocal muscles in a clean fashion as well, then the song takes on a redemptive quality somehow. I won’t spoil all the twists and turns of the material here, but I will say it really is a record to experience, not just listen to, and that’s maybe the best praise I can give. I adored Jord. I love Diorama at least as much. It’s a masterpiece. Rarely has a band delivered two records of such exceptional quality so early their career. If there is any justice whatsoever, then MØL could be on the cusp of being spoken about in the same hallowed tones as some of alternative metal’s best current bands. And yes, I’m aware that I started this review by specifically referencing impartiality. I implore you, listen to this record and tell me I’m wrong. You can thank me later.

Heart and Lung: Twistin' The Knife Away