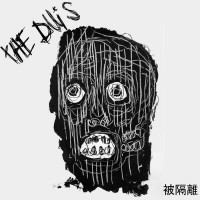 The DUI’s are a hard drinking, hard charging punk band from Milwaukee, WI. (Could there be a better name for a beer loving band from Milwaukee?) They’re one of those local bands that get a lot of great gigs opening for cool touring punk bands. (Unlike a lot of those type bands, you’d actually want to show up in time to see these guys.) Over the last few years they’ve released a handful of seven inch records and splits, the preferred format for proper punk bands.*

*When I was a young punk, bands could actually afford to put out their own seven inches. (Let alone two bands.) They just weren’t that expensive. Twelve inches, on the other hand, were for bands on labels. If I understand correctly, the price difference isn’t that extreme anymore. This explains the decline of the underrated seven inch and the rise of the annoying ten minute run time twelve inch.

Anyway, Be Isolated would have been a damn fine seven inch were it not for the damn pandemic. While the title is clearly pandemic inspired, the songs, luckily, are not. “Do We Care” starts things off, and is a proper punk song about not giving a fuck. The bluesy guitar leads contrast the gruff, shouted vocals. The DUI’s sound like a cross between rough edged street punk and more typical raspy midwestern fare. Think maybe Brass Tacks meets Dillinger Four. “That’s Why We Drink” is part song, part mantra, and part mission statement.

“77 Fallen Angels” is a cover of Chicago’s Street Brats. It’s a super catchy song that shines brightly here. As good as The DUI’s originals are, this is the one that might just get stuck in your head. Until someone comes along and properly presses this little EP, you’ll have to settle for the digital version. Still, Be Isolated is a hell of a good way to pass six and a half minutes.