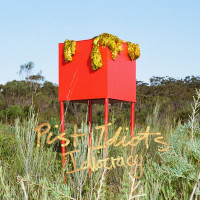 Pist Idiots debut album Idiocracy sounds like their-name-is-on-the-tip-of-my-tongue moment, all songs remind you of someone but unable to remember this instant and that’s meant as a great compliment. It is not about a particular band or genre but an essential vocabulary of rock they have. Ok, with the exception of “Street Fighter” a Buzzcocks “Ever Fallen in Love” rip off. The rest is followed by 60s style-jangling guitar pop in the manner of The Byrds with no harmonies though, don’t panic. More like The Smiths or The Stone Roses spurred by bands like The Chords or The Replacements and thankfully punked up by the growling voice of their frontman Jack Sniff. Australian power pop practiced in the garage of a suburb to be played at the local pub drinking ale to excess and other substances to sing along on a punk rock night howled by the street poetry of the Tasman Sea wind.

Previous to that premiere and many shows aside, these four mates from Sydney had released several singles and two EPs, a good strategy for bands today: wait until you catch some attention before releasing a whole album, if you don’t want your songs getting lost victim of these disruptive times. Nevermind, Idiocracy consists of eleven straightforward but intense numbers that go by in thirty-five minutes. And it'd be shorter if it weren’t for the more than seven minutes of “Light up your World”, a song -and a length- in the style of bands like Television or the ubiquitous Stooges but rather dispensable. Back to the top, it starts with the gutsy garage punk of “Another Clown”. But there’s also folk-punk rock ballads and love songs with plenty of acoustic guitars, “She Yells Jack” and “Juliette”, or more confrontational numbers like “Deadshit” and “Idiocracy”. Even two tone rock and roll in “Screw”, that could not miss the opportunity to have a piano and end with a great singalong chorus. In this manner follows “Blood out of the Sandstone” featuring another great Oi! singalong and so on until the end to end on a high note. And with a sense of the camaraderie of a bunch of 20-somethings creating something and having a good time with it.

Simple but ambitious work that focuses on the songs, basically because Pist Idiots have them. And the ostensibly fancy elements such as pianos and acoustics end up working out pretty well for them since let them get away from just doing another punk record but instead setting off in another direction. Easygoing songs from the suburbs about taking the train, falling off the rails, working, flirting and drinking with friends. And mostly, it gives the feeling of a band who knows how not to take themselves too seriously, especially when things are going pretty well for them.

The Bandulus: Love A Woman