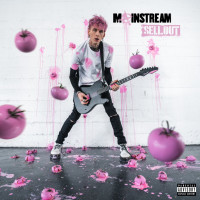 Hoo-boy...This was a rough one. While I knowingly did this to myself, goddammed if I did not know how bad it would actually be. Setting aside all musical integrity and whatnot, I thought Machine Gun Kelly’s 2020 album Tickets To My Downfall was okay...not great, mind you, but more so a curious specimen to bear witness to and revel in the novelty of. Overall, it was exactly what it set out to achieve: a pop-punk album written by a moderately successful rapper who wanted to expand upon a previous collaboration with this era’s arguably most well know drummer. There were parts that worked really well; musically it was pretty catchy and, like it or not, MGK can write a good melody line. Unfortunately, his vocal range is limited and becomes grating at points. Lyrically, it is just okay...I feel like he got way more hate for his image and subsequent abhorrent movie Downfalls High that went along with the album and that retroactively washed away any sincerity there was to be found lyric-wise. When a man pushing thirty years old (at the time of the album) is so obviously pandering to middle and high school students, it is hard to take him seriously. This point leads directly into his new album Mainstream Sellout. Machine Gun Kelly so desperately wants to be ahead of the joke and razz on himself before anyone else can, all while being the savior of rock that the commercial magazines and blogs are painting him to be, that he forgot to write anything at all worth listening to and served up a cheap knock-off of its predecessor.

Trying to accurately pin down all of the clichés, whiffs, and missteps of what could have been a decent follow-up to a very successful album is mind boggling. The blatant truth, which is strewn about the entire album’s prose, is that he thinks he is too big to fail and we should all accept that. When all the praise is coming from teens looking for an identity to glom onto and his circle of friends who are within the same rungs of celebrity (or desperately wishing to be so), that leaves a big character flaw in any sort of development. Not to diminish any struggles he has dealt with in his life, be it addiction, suicidal thoughts, losing a parent, as well as becoming a parent himself at a young age, but MGK flaunts them as badges of honor and justification as to partly why this album cannot be anything less than great. Whenever the lyrics take a dark turn, they do so without any subtly or grace. Direct words can hold power, but a songwriter needs to know when to use them. Coupled with even more rehashed Blink-182-esque riffs and a regression towards a more adolescent mindset at points dulls any sort of impact these subject matters could have had.

The album starts off with “Born With Horns”, which was supposed to have been the original title of the album. If, and there are so many “ifs” about this album, he had done that, then maybe that could have saved a little bit of face, instead of going with the blatant jab at all of his critics. Coupled with the awful cover art...woof. Musically, it is pretty good. The drum fills in the beginning definitely let you know that Travis Barker is at the helm. The song rips by until an orchestral lull, which gives a bit of nuance to the lyrics that actually delve into his newfound fame and anxiety in the genre switch without using verbal blunt force trauma to get the point across. If this approach had been used throughout, then this would, most likely, be a decent album. After this track, though, it is a rapid downhill tumble where he is hitting every rock and tree along the way. Every song starts to blend together and the lyrics become more vapid. Granted, there are a few hip-hop and trap beats thrown in, plus all the guest features are a welcome addition, if only to provide a balance to MGK’s monotonous pipes, but hardly make up for the songs being overall dull. “Maybe”, which features Bring Me The Horizon, sounds like a mix of Rise Against and earlier Paramore musically and is slightly in the vein of the first track. Lil Wayne shows up on two tracks, “Drug Dealer Girl” and “Ay!”, and gives his typical squeaky and autotuned delivery. Willow Smith brings some levity to “Emo Girl”, the standout single of the album that will probably be remembered as fondly as Blink-182's “First Date” or “The Rock Show”, both forgettable and catchy at the same time. Iann Dior and blackbear once again collaborate with The Blond Don and both tracks are just washed-out versions of previous tracks together. Hey, even Landon Barker, son of Travis, gets a verse in “Die In California”. Expect him to become a beloved Tik Tok artist, if he has not already. The world definitely needs more rich, white kids rapping.

As previously stated, this album would have been possibly decent if the lyrics were not so ham-fisted and pandering. Yes, we understand that you use drugs and alcohol for various degrees of coping and recreation. Of course, we know who your fiancé is. Yes, your last album did sell a bunch of copies. Hey, is that Pete Davidson? Neat. You are arguably one of the most important rappers out there? Agree to disagree, my guy. If this album is his way of letting us all know that he has unlocked a new genre and is making music that will be around for eons to come, try using way less hubris. The title track shakily addresses the critics with assumed actual quotes, but really offers no response. In “Papercuts”, MGK’s attempt at commercialized grunge, he drops two nuggets of wisdom with “Hello world, you fucking suck” and, in a rap verse that he added after initially releasing the song months ago and in response to fans wanting some rapid-fire bars:

I saw the limit and took it farther

I’m a genius, could’ve made Donda,

But this song is for my dead father”

While the closing line is endearing, the rest is a clusterfuck of lack of awareness. Kudos for him for staying relevant and putting out new material on a consistent basis, but at this point it seems he is trapped in an echo chamber that he built around himself and is screaming out whatever pops into his head. The best example of this is in “WW4” where he speaks directly to the kids with:

Your teachers are full of shit

You don’t need to go to school

Certainly, an opening thesis, but where is the follow through? Any other advice or have you not figured the rest out yet? Jay-Z gave a deep, thought-out track of mistakes and advice learned thereof in “The Story of O.J.”; if you want to be considered among the greats, elevate your words. Some of your audience may well indeed be attempting a kickflip in the mall parking lot while waiting on their dealer friend to bring them a few Xans, but “advice” like this is going to make sure they are stuck in this loop until you drop a country album and advise them to invest in a boat.

The album closes out with “Sid and Nancy” and “Twin Flame”, two love songs with lyrics fit for any LiveJournal post circa 2004. Unfortunately, the former exudes the confidence of any poster or t-shirt that you can buy of punk’s most infamous couple: all surface and no substance. Looking to them for couples’ goals is an obvious misstep; if that is the point of the track, then it overshoots it and lands with a thud, much like Sid.

It is really difficult to not be critical with this album. Machine Gun Kelly desperately wants validation and acceptance, but pop-punk is not the best genre to achieve that goal, especially if you did not start out in it. Tickets To My Downfall felt more fun and an experiment in something new for him. If he had kept that energy, then there would be something to grade here. Mainstream Sellout just feels tired, bitter, and thrown together in response to its predecessor’s success. He can be talented artist, though. Give a listen to 2019’s Hotel Diablo, his rap album after the feud with Eminem, which blends rap with a little bit of rock, more so in a Linkin Park vein. In it, he spins dark narratives about the success and isolation he had been through up to that point and it works surprisingly well. Even when he muses about not being as popular as he should be, it works because the through line of emotion is present throughout the entire album. The last track on that album is what sparked the turn to pop-punk. It was an outlier, for sure, but resonated with a lot of teens, thus bringing us to where we are now, unfortunately. One cannot simply pretend to turn back time and hope to join the ranks of the 27 Club by reliving your twenties and being heralded as a musical genius thereafter. We all die and, hopefully, mature with age, but this album...not so much.

The Rumjacks: Brass For Gold [EP]