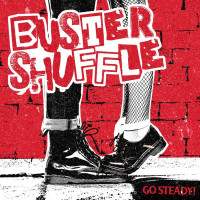 From East London, the four piece Cockney ska band is no fresh face to the music scene; in fact if you’re a fan of any one of the seven albums they’ve released over the past dozen or so years this little banger has most likely been in your regular music rotation for the better part of 2022.

Ska has made a tremendous comeback in the past 18 months or so, with genre bending post wave bands dominating the tour and festival circuits and smaller, breakout labels like Ska Punk International and Bad Time Records both scouting and fostering rosters that are boiling over with flamboyant, eclectic, and conceptual talent who have been releasing album after album of music that is equal parts progressive and innovative, all under the general umbrella of ska.

From the crack rocksteady of bands like Hans Gruber & the Die Hards and Escape From The Zoo, to the “hyper ska” of Eichlers, or the “Skavantgarde” made popular by Flying Raccoon Suit, (love the old school NES nod with the name there) this is arguably the most interesting and definitely the most fascinating time ever to be a fan of ska music as there’s never been a more experimental period within the genre.

That said, every once in a while there’ll be a contemporary band who puts their own twist on a more traditional style album that will unequivocally make you fall in love with both the genre, and them, all over again. Case in point: Go Steady. What do you get when you take the spirit and energy of The Barstool Preachers and mix it with classic two tone British bands like Bad Manners and Judge Dread? The working class Cockney ska phenomena that is Buster Shuffle of course.

Buster Shuffle’s music has always been based on traditional songwriting and musicality, and with the album’s main lyrical themes centering around working class politics, sussed and rowdy drunken nights out, plus several odes to the loves of their lives, Go Steady bounces around from romantic rocksteady to high energy, danceable two tone then back to a more traditional 60’s style ska; many tracks upholding the narrative storytelling style made popular by both the early Jamaicans and Cockney bands, but done in their own signature way.

This is all marbled by the energy of bandleader Jet and the ferocious playing of his jangly, old fashioned saloon style piano (they lug one onto stage for him every show, which he plays standing up) not to mention his magnetic frontman charisma and enthusiasm which comes through abundantly on all their recordings. To say that his swagger and energy is comparable to all star piano man crooners like Little Richard or Jerry Lee Lewis is absolutely not too bold of a statement, in fact Jet reminds me of some sort of reincarnated cabaret or vaudeville star; a natural bandleader, he puts on one hell of a show both at the keys and behind the mic at all of Buster Shuffle’s notoriously rowdy live gigs.

Personal favorite tracks include “City Is Ours”, arguably the best track on the album, heavily supported by it’s stunning lyrical content about a good old fashioned sussed night on the town. Several of the songs deliver that dreamy teenage-like feeling of watching the clock countdown at your crappy job ‘til it’s finally time to punch out and hit the town with your girl and your mates. “The Hood” and “Head To Toes” are two of several romantic rocksteady tunes that are dialed down in speed and energy but still serve rhythms upbeat enough for all the skinheads and rudeboys who want to partner dance at their live shows. A tie with “City Is Ours” for best cut off Go Steady is the accordion filled “In History I Still Have You” where an almost harpsichord sounding tone is derived from aforementioned squeezebox and a vintage circus/vaudeville energy is conjured as Jet waxes poetic about a nameless love who's still the radiant girl of his glory within the echoes of his fondest dreams.

Buster Shuffle has produced a brilliant album full of themes symbolic of the East End working class Cockney ska they’ve come to be the godfathers of over the past decade. Equal parts traditional and innovative, they’re not only highly underrated (still) but are quickly on their way to becoming the next Bad Manners by cementing their place within the long line of legacy Rudeboys who have defined the sound of ska music coming out of the UK since the start of the Dance Craze over forty years ago.

Here in the States ska seems to be all about conceptuality lately, I’ve never seen so many different types of ska bands made up of such a wide variety of unique individuals. But along the lines of Hepcat, The Slackers, The Pietasters, et all, these Rudeboys from East London are keeping the faith by creating a legacy of music that not only has a sense of timelessness to it but also their very own community, but in their own way.