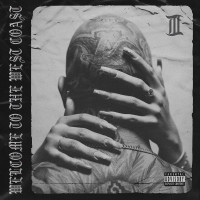 Dropping a record in mid-December potentially says one of a few things. Some of these include: the band doesn’t give a solitary shit about end of year lists, the band just really wants to drop the record, the band are in a record deal they want to complete in order to move on, or there could be a couple others. When you consider that Lionheart have been around for 16 years, releasing 7 albums (including this one) and numerous EP’s across at least 5 labels, with the last couple (you might be able to guess their titles…) on Fast Break! Records then (and admittedly I’m speculating here) you kind of wonder if they’ve had enough of the label/album cycle merry-go-round and just want to get back to why they make music in the first place?

That supposition might have only come to me as a result of having listened to this album if I’m being honest. Because Lionheart sound energised, absolutely furious and focused as fuck. Whatever the deal they have with Arising Empire creatively speaking, it seems to be what they need. The label, only around since 2015 and based in Germany, is more typically the home of modern metalcore acts (While She Sleeps, Polar, Heart of a Coward, etc) but this is 11 songs and 28 minutes of street-level hardcore. And if you needed any further proof of Lionheart’s OG status, then look no further than the guest spots. Ice-T and Body Count, Jasta and Hatebreed. But they’re also down with the newer breed, inviting UK HC/metallers Malevolence in for the album closer “EXIT WOUNDS” which just for the record, becomes an absolute barn-burner when Alex/Konan turn up. Where a lot of bands choose to end their record with their ‘experimental’ song (i.e. lasts for 5 minutes) or their ballad (includes clean singing and/or acoustic guitar), Lionheart don’t deviate from their blueprint one inch. And I can’t find anything other than respect for them taking that position.

Big, red-blooded chugging riffs, the aggro, thugged-out, LA hardcore delivery that always results in clenched jaws and fists, each wind their way through this record alongside some exemplary sloganeering. Just look at the song titles (and their all caps stylisation); “LIVE BY THE GUN”, “AT WAR WITH THE GODS”, “HELL ON EARTH”…I could go on. It’s just a big ol’ hype train of a record. I’m in my local pub as I write this. I know and thoroughly like all of the staff, the regulars. But more than almost anything else, I would like to punch one of them in the face right now. Because I’ve been listening to this on repeat for the last 90 mins or so. Which tells me that it’s doing what I want hardcore to do sometimes. Not all the time, of course, but for most of the last year I’ve been reaching for the Gridiron record when I need this particular itch scratched. Now I have another option. And one that is overflowing with authenticity, hostility and the smell of blood on sun-baked concrete. All of which flow through my headphones with intensity and a more tangible sense than they should be able to, given I’m sat in a pub that has been here since Henry VIII was dissolving the monasteries and breaking from Rome.

It’s not doing too much new, I’ll concede, but it’s an almost perfect example of what it sets out to be. The gang vocals, the beat downs, the overt violence and aggression. West Coast HC has a place in the scene at least as legitimate as any other region and records like this epitomise the modern incarnation of one corner of it. I’m a short, white British guy and this record makes me feel 10 foot tall and like I could confidently strut through the sketchiest neighbourhoods of London (or LA, ironically) with my head held high and my jaw jutted out. I couldn’t of course, but that’s the magic of records like this. Motherfucker. (Sorry)

Trash Knife / Be Nothing: live in Philadelphia