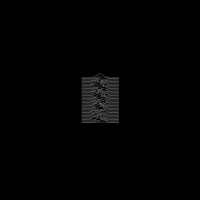 To start off bluntly, this is basically one of the greatest, most effective albums of all time. Everything, from Ian Curtis' tortured, deep voice (only matched by the likes of Jim Morrison) to the perfectly structured and haunting musicianship, about this album is great. If you are unfamiliar with Joy Division, it's rather difficult to describe them. Musically they are creative, haunting, and very well put together. It all comes together like a very emotional grunge. Ian Curtis' vocals are deep and very emotionally effective, much like Jim Morrison's or Glenn Danzig's.

The whole album flows perfectly and gives off a very surreal feeling. It is, at times, very depressing and cold, but these are some of the albums greatest strengths. Joy Division were one of the first bands to ever create truely depressing music, and it works beautifully. It is unfortunate that the pain symbolized in many of Ian's songs was really far worse in reality, as many of you probably know of his tragic fate. But, anyway, onto the album.

The opener, "Disorder", is one of the musically brighter songs on the album, giving a feeling of hope with a hint of possible disaster. The blend of atmospheric musicianship and Ian's voice is truely facinating. Some of my other favorite tracks are the haunting "Insight", the heavy, melancholy "New Dawn Fades", the energetic freakout "She's Lost Control", and dream-like "Wilderness".

It's obvious that Joy Division were one of the most influential bands of all time, they have been praised by musicians from a wide parameter of genres, from Henry Rollins to Moby. If you are a fan of music you need to own this album, it has deeply imaginative artwork to boot.

The Shins: Chutes Too Narrow

Against Me!: is Reinventing Axl Rose