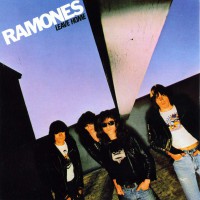 First off, I should mention that I feel this is the best Punk Record ever released, and one of the greatest records ever made. Yes, I rank this up with such albums as Abbey Road and Ziggy Stardust. What is interesting to note, is that it was heard in its intended form by so few people. Immediately following the release, quite a bit of fuss was made over the song "Carbona Not Glue", so it was pulled and replaced. Now, after all this time, it, along with the first, third and fourth Ramones albums, has been remastered and re-released by Rhino. I have to say, they've done a hell of a job. It now sounds so fresh, so vibrant, you'd swear it was just recorded. The vocals, the guitars, everything just shines. Then, of course, there are the songs. Tracks like "Glad To See You Go", "Oh Oh I Love Her So", "Babysitter", and "Suzy Is A Headbanger" are basically the blueprints to every pop-punk song ever written. "Pinhead" is the source of Gabba Gabba Hey, seen on signs held up at every show, and a phrase that has come to mean acceptence to people who felt like outcasts.


It's one classic after another with not a bad or mediocre cut on here. The only real shame is that the bruddas were never able to repeat it. Supplementing the restored album is a full live set, recorded in 1976. It's a great, early look at a band that went on to change the world (as an aside, it also serves as a sign of hope to any beginning band that by practicing hard enough, you can be great, too). Now, although even the casual fan has, in some form or another, every song on here, I'd still consider this an essential release. If for no other reason, it has the lyrics printed inside. Now, honestly, how many of you had any idea that Joey was referring to Charles Manson in "Glad To See You Go"? Don't lie! Yeah, that's what I thought. In closing, I think it's wonderful that The Ramones are finally getting the kind of treatment usually reserved for such bands as Led Zeppelin. Now, if only we could get someone to remix and remaster End Of The Century, and undo the damage done by Phil Spector!

No Use for a Name: Live in a Dive