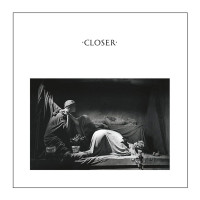 There's no way Joy Division could ever create an album superior to Unknown Pleasures, primarily because that album is literally perfect in every single way imaginable. Thankfully, Ian Curtis & Gang had absolutely no intention of following that masterpiece up with a copycat album. Instead, we get Closer, a record so mindbending, eclectic, soulful and, at times, chilling in its intensity that it manages to do what very few legendary bands ever could: EQUAL its predecessor.

Tracks like "Atrocity Exhibition" and "A Means to an End" create lavish and multi-layered soundscapes so mesmerizing it has to be heard to be believed. Ian is in perfect, haunting form throughout the entire record (which is made even more haunting considering that this album was his literal swan song). It's almost as if powerful tracks like "The Eternal" and "Twenty-Four Hours" seem to foreshadow some sort of impending tragic "end." The album ends with the magnificent "Decades", an extremely effective and somber closing track that pretty much sums up the amazing, yet tragic tale that was Joy Division.

Every track on this album is a gem in its own way, whether it be the playfully cold "Isolation" or the slightly funky "Heart & Soul," you really can't do wrong. It's not as focused as Unknown Pleasures, but thankfully that happens to be one of the album's greatest strengths.

A perfect, if not tragic, end to a perfect band with a perfect discography. This album, Unknown Pleasures, and Substance are all REQUIRED purchases for anyone who considers themselves a fan of music.