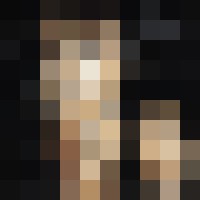 If you visit the Epitaph website, and to their page for the Dwarves, you will see that this particular CD has taken a lot of shit. Its true, this band has come a long way from their mid-west garage band days, and some think that they have taken a turn for the worse. I would disagree.

With "Come Clean", the Dwarves have released their best album since 1990's "Blood, Guts and Pussy". For whatever reason, they have added an electronic element to some of the songs, and while some might call this selling out, I call it innovation. I think that this is the most consistantly satisfying Dwarves CD so far, and easily their most cohesive.

The CD kicks off with what is now one of my favorite Dwarves songs, "How its Done". The song is a great Ramones-style rave-up, and a parody of today's pop culture. The album keeps the energy going with a more traditional style Dwarves song, "River City" and an incredibly "un-Dwarvesish" song, "Over You". Other great tunes include "Johnny On the Spot", "Come Where the Flavor is" and "Better Be Woman".

I would suggest this album for fans of the Dwarves last CD, "The Dwarves are Young and Good Looking". "Come Clean" takes the hook-pop element of that CD, and adds some new experimental flourishes. If you are more of an old-school Dwarves fan, you may wanna stay clear, or at least approach this CD with a very open mind.