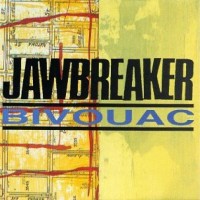 Exactly how I felt, Blake. There was once promise in music, our society, and humanity in general. But all that hope is fading fast. I've seen bands use what was once the most offensive type of music and exploit it into a money making, trend setting industry.

I have seen violence and hatred plauge our planet, our country, and yes, our neighbors. Everyone knows about the 'terrorist attacks' in New York, but few know about the Siek individual(which is a completely different religion than the Muslim faith) in Phoenix Arizona U.S.A., who was murdered simply because he resembled the attackers. It is this type of blind, ignorant violence that will eventually be the untimely end of humanity.

The intesity of this Jawbreaker album can only be paralleled by Earth itself. Aggressive and up-front often, but underlying and soft at times as well. Songs like 'Chesterfield King' will go down as one of the greatest love-songs off all time(in my book anyway), while others such as 'Donatello' reach deep into the realms of saddness. 'p.s.New York is burning' is disturbingly accurate, almost a decade in advace. It is a complete rollercoaster of human emotion, from depression to rock-stardom. In high school, I was sure I would be the one to write beautifully ugly songs, intensively disgusting and yet softly ellegant at the same time. To my disgression, it had already been done.

Little did Jawbreaker know that the sloppy, ear-aching sound they were playing would eventually be over-produced, capitolized, and distributed to the masses as 'emo'. However, they took the often stagnite punk rock sound to a whole new level of experimation, intesity, and emotion, while remaining raw and unscathed.

'Bivouac', what appears to be your average, run-of-the-mill punk record, is everything but that. An unpredictable, inventive, lyrically-genius album ahead of its time.

In a day where one sees eveything he wishes he didn't see, there is an answer...

Bigwig: An Invitation to Tragedy