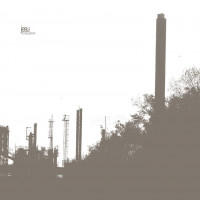 With both his debut Jesu, and the followup EP, Silver, Justin Broadrick made it clear that his days of screaming were behind him.

The debut saw Broadrick embracing what could only be described as a wash of sound: chords that seemed to neither begin nor end, vocals that drifted and echoed and an overdriven, bass-heavy production style that emphasized both the visceral power of the guitar and the contrast of melody and noise. It was a beautiful album, but some correctly noted that it sounded like a more melodic version of Godflesh, rather than a whole new band.

The ensuing EP addresses some of this criticism, with the band lessening some of their reliance on the old tricks of crunchy guitars, and emphasizing a more ethereal and gentle heaviness that seemed like pop-punk channeled through shoegaze. It was remarkably accessible to the uninitiated and is still perhaps one of the best places to start for anyone interested in Broadrick's remarkable catalogue.

Conqueror, on the other hand, finds Broadrick as uninhibited as ever, taking his inspiration from no one, not even his own history. Like My Bloody Valentine's Loveless -- a record which is likely to be mentioned a lot in connection with Conqueror -- Jesu has a new musical vocabulary, creating highly visual soundscapes that are so far removed from traditional rock as to be near unrecognizable. Even the sounds Justin extracts from his guitars sound otherworldly; shimmering but always melodic; loud but never metal.

That's not to say that the record sounds blurry or disconnected; the songs seem to follow a logic of their own, nothing like the standard arc-to-denouement that pervades most post-rock acts. Jesu knows exactly when to tighten up the guitars, with some melodic bridges ("Transfigure") invoking memories of the breakdown in Hum's "Stars."

Lyrically, Justin's lyrics follow the same melancholic air as his previous albums, with pervasive themes of loneliness and depression, though it's the sad musings of an adult, not the self-important childish depression one suffers from too many acts. His vocals often provide the anchor to each song, acting as a solitary streetlight visible in the fog.

There is truly nothing like Jesu out there right now, music that transcends genre and convention and focuses purely on the creative act. We're just lucky that they chose to record it.

Explosions in the Sky: All of a Sudden I Miss Everyone