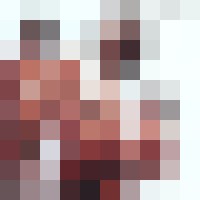 Before I even get started, I'm curious to see if the editors of this fine website will post a picture of the actual album cover along with this review. If they rule in favor of good taste (and a website that won't get you in trouble at work), I'll describe it for you -- two skinny broads, fully nude, and a small Asian man, white towel concealing his naughty bits, all splattered liberally with gallons of blood and looking half-dazed, as if they just came walking out of a Manson family reunion. I haven't seen a better literal translation of an album's title through its artwork since Primus' Sailing the Seas of Cheese.

Some might be incredulous to find out that this bad boy was released in 1990 by none other than Sub Pop records, a label known nowadays for putting out large numbers of plastic discs of emotional novocaine for gaunt, epicene twentysomethings with asymmetrical haircuts who insist on using salad forks and have been allowed to flourish due to a lamentable lack of natural predators. Sorry, I digress.

Yes, Nick, how about discussing the actual MUSIC? Sonically, this album is a far cry from the crooning, Warped-friendly pop-punk of the Dwarves' later days. Imagine the Stooges' self-titled album played at 77 RPM and interwoven with a pubic-hair tapestry of hilariously repugnant lyrics likely transcribed from Andrew Dice Clay routines and the sharpie-scribbled, jaundice-yellow walls of squalid bus station bathrooms nationwide. From the opening seconds, Blood Guts & Pussy pulls a 12-track train on your eardrums, mixing classic buzzsaw hardcore riffs and frenetic drumset-thrashing Ã¡ la Verbal Abuse with sneering, decipherable vocals. It's melodic and catchy, but in a far different way from their later albums.

With 12 songs clocking in at a total of just over 13 minutes, sensible shoppers might be inclined to seek out more bang (I should be careful with my words) for their buck. However, for the rest of us, I can't imagine a better antidote to the stultifying miasma of cloying Nickelback love ballads and stone-faced straight-edge neo-puritanism. I look forward to hearing you request this album by title at Tower Records.

The A.K.A.s: Everybody Make Some Noise!

Madina Lake: From Them, Through Us, To You