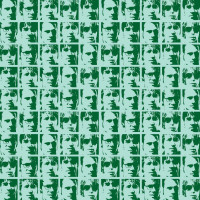 The Get Up Kids. Either you love 'em or you hate 'em. I happen to really like them. It's not that they're the most talented band out there, but they do write catchy songs that I seem to be able to relate to.

Eudora is the latest release by the band. It's not their new album. In fact, it's all relatively old. The disc is a collection of covers, old 7" songs and a few unreleased bits, as well as different versions of some of their more memorable songs.

The disc starts out with "Up on the Roof", an unreleased song recorded during their 2000 Heroes and Villains tour. It's probably my favorite song on the disc. You can get it at Vagrant.net. The next song is a David Bowie cover, "Suffragette City". Although a lot of people dislike this track, i enjoy it quite a bit. Songs 3-8 are all good in their own right, most were released on 7"s or international versions of their two LP's. Song 9, Alec Eiffel, is from a Pixies tribute album. It's a bit different, but a damn good song nonetheless. On With the Show is from a metal comp. The last six songs on the album are all different versions of older TGUK songs.

The Hippos: Heads Are Gonna Roll