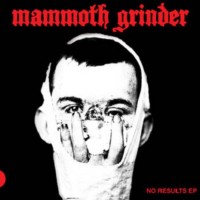 The band's No Results 7" spews hatred Ã¡ la Trap Them or Cursed. On first listen they sort of just sound like another promising entry in the D-beat-influenced category rapidly crowding in recent years, but after giving it a few weeks' break to cleanse the palette, you hear certain batches of intensity on this that are rather realized (opener "You're Wrong"), while other songs have prolonged but successful sludge/groove-tinged breaks (the nearly six-minute "Sick and Rotting," a chance that works).

On Side B, "No Results" throws in plenty of changes for a two-and-a-half-minute track, while "Excuses" has a thick bassline that builds anticipation for an unraveling of frustration.

No Results provides something inherently counter to its title. This is a young but super promising group of Texans.

Polar Bear Club / The Lock and Keys: live in Leeds