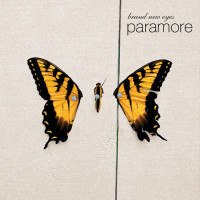 I realize that most of you keyboard cowboys here have a dislike for Paramore; that's okay, and brand new eyes is not going to change your feelings on the band. However, if you do like Paramore or have never given them a legitimate listen, their third and most mature album is certainly worth a few spins. The band went through some hardships and nearly split up prior to recording their latest, but the emotion put into this album has made it much more âgrown-up' compared to 2007's Riot!. While it will still get a lot of radio and MTV play, brand new eyes is more mature than their prior release in both lyrical content and sound.

Lead singer Hayley Williams really has a great voice and she sounds better than ever on this release. Tunes like "Careful" and "Brick by Boring Brick" have her really stretching her range more than she has on previous albums. "Careful," which is the album's opening track, is one of the standouts here with its incredibly powerful chorus. The album is full of upbeat, radio-friendly sing-along tunes, though they do tone it down for "The Only Exception," a mostly acoustic ballad that may be the only boring part of the album. Hayley sounds great in it, but Paramore's strength has never been playing slow stuff (though the folky sounding "Misguided Ghosts" is a pleasant surprise, it's not something you'd expect from Paramore and it works really well). Fortunately, there are no tracks that resemble Hayley's attempt to sound âhard' in her cameo on Set Your Goals' "The Few That Remain" earlier this year. Some releases of the album have their 2008 single "Decode," which was featured on the Twilight movie soundtrack, tacked onto the end. It fits well with the album and is a solid track despite being written about a sexy teenage vampire.

A lot of times people seem to forget that there is a band behind its lead singer, and while they play solid music it's really the vocals that make Paramore what they are. The solos are all pretty boring, or nonexistent in most tracks; it's almost like they realize they needed Hayley's voice to be interesting. The band did recently add a new rhythm guitarist, but he was not around for the recording of this and has been an âunofficial' member of the band for years.

If nothing else, brand new eyes is a solid punk-twinged alternative rock release. It won't make the band any new fans, but those who already enjoy them are in for a treat. Riot! did have more standout tracks and arguably more personality, but where it relied on a few strong singles and the rest of the album was filler, brand new eyes manages to stay pretty interesting throughout its entire length. Definitely their strongest release yet, Paramore only gets better with each album and I look forward to what they do next.

The Raveonettes: In and Out of Control

When Icarus Falls: Over the Frozen Seas