Jonah and Mark of Gratitude were kind enough to answer some questions we very recently sent them regarding all sorts of imminent interrogations, including tour plans, "unique recordings," and whether or not Gratitude can honestly credit Oingo Boingo. 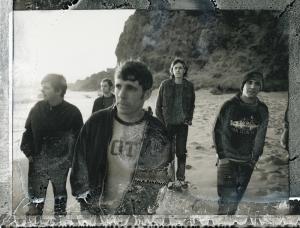 [Most questions compiled/reworded from various users here] Please state your name and what you do in the band.

I'm Jonah. I sing, and I play guitar on a few songs. Mark is here too (he plays guitar and he says "hi"). We're out doing little Gratitude acoustic things and meeting people. The record is out March 8th, and it's starting to get played on the radio, which is exciting, cos neither of us have ever really had that happen.

Is Gratitude going to be a long-running kinda thing? As in, can we expect many albums/tours in the future?

Everything lasts as long as it lasts. New End, for instance, should have turned into more of a real band, and I really want to make more music with Norman sometime, but Thriller ended up being essentially a onelinedrawing record. That said, I would love it if Gratitude made lots of records. As long as I feel good about what's being made, I'll keep going. That's the only real guideline for me. I've definitely learned that the only thing I have any control over is the intention with which I make things. Everything else is up to things I don't understand. Terrifying, but sort of relieving, too.

Why the jump back up to a major label after songs like "Livin' Small" that made it seem like the industry is a joke? What made you decide to go back?

"Livin' Small" was never about anything but my confusion about how to live with honor in this really confusing world. Majors can be a total joke, of course, but indies can too. Thinking that either one is 'The Way' is silly. Far was on a major. I've done just about every type of releasing music, and I like that. I'm proud of all of it. I don't think the homemade stuff is cooler or more real than the major label stuff in any way. The thing that concerns me most right now, in the music scene and in general, is this choosing sides thing, this dogmatic attachment to some belief, be it being vegan or Christian or communist or Republican or straight-edge or whatever. Anytime you get to the place where you're calling people that don't agree with you 'ignorant' or 'immoral' or any number of names, there's something up, something for you to look at in yourself. I've held very strong opinions in my life, and I'll continue to, but the common enemy to me right know is holding too tight to ideas. Idealism can turn into fundamentalism really quickly. We're all a mess, and to sit around demonizing each other for our differences doesn't make much sense to me. That's what "Livin' Small" is about. Humility. I can rant with the best of them, and that song definitely has aspects of that, but it's also saying that I get caught in that stuff too. Of course I do. That's sort of what us humans do, isn't it? All of my songs, more than telling anyone else what to do, are me thinking things through. If anyone gets anything out of that, I'm happy for that as well. People misunderstand "Better Than This" and "Lukewarm" that way too. These songs aren't about that I'm cooler than other people, they're just me trying to figure things out, and not worry too much about money or the scene or being accepted on whatever level, and to just make decisions, make mistakes, take it easy on myself, and let people do their thing.

If someone killed one of you members, would you seek the death penalty orlife imprisonment?

When do you think you guys will headline your own tour? 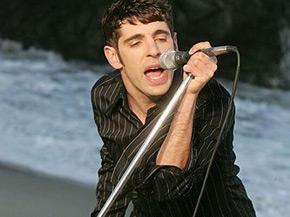 We did a little tour of the West Coast a while back, it was fun. I'm sure we'll do more that in the Spring, when the record comes out. I like shows of all sizes

"I was wondering what your daughter thinks of your music (if she listens to it)?"

My daughter has taught me more than anyone or anything else about what it is to just let a song come out. When I sing an idea to her, or play a song for her, I can really tell if it's honest, and if it's good. She likes my music, but doesn't like it when I curse. Her feelings about music seem mixed, cos she likes it, but she knows it's what I go away to do. Her favorites on the Gratitude record are "Begin Again" and "If Ever." I have a tape of her singing along to "14-41" and "Aeroplanes" somewhere, I was thinking of making a 7" of it someday. She went to a great thing this summer called Rock-n-Roll camp for girls. Sleater-Kinney started it, it's amazing.

Regardless of Gratitude's pending success, will Onelinedrawing ever see some sort of "reunion?" Or, with the band not doing what it's done for so long, do you have any intention of releasing any live material or a "b-sides" record or something likewise on Jade Tree or such? Can we expect to see at least one more type of Onelinedrawing release in the future, be it a CD or even a DVD?

I'd love to do more stuff with Jade Tree, they're great. I also love releasing stuff on my own, there's something really nice about doing all the busywork, it becomes part of the art. I'm pretty sure that anything I release from here on out will be as Jonah Matranga. I doubt it'll be too different from onelinedrawing, in that it will jump all over the place, sometimes full-band rockin, sometimes stark alone. There may well be some re-release of older stuff, or live stuff. I'm actually working on a few DVDs now, they should be out in a couple of months. Lately, I'm thinking most about all these songs I've been a part of, regardless of the band name, label, etc. That's why it feels best to just use my name. Trying to simplify. Yea, right. But I'm trying : )

What do you think you were trying to accomplish with this album that you couldn't with other projects?

I never go into any band/set of songs with an idea of what I want to accomplish. It's just about following the songs, and this is where these are leading. That said, what's exciting to me about this record is that it feels really good to listen to. I love all of my music, but a lot of it is pretty intense and hard to listen to sometimes. This feels a bit more separate. More than anything, just that it feels different is good. I like having new ideas

What happened to Mike?

Who is Mike? Is that a joke that I don't understand? 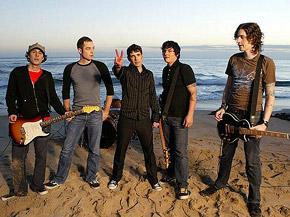 Are you guys coming to little old England ever?

I adore England, as most folks from England know. I just spoke with a couple of people over there. The Gratitude record is set for release there just after the US release, which is great, cos UK people won't have to buy stupid expensive imports, and we'll probably get over there soon. If we don't, I will.

Did you get your name from the seminal Oingo Boingo song "Gratitude?"

I don't know that song, but Mark & I went to the same college as Danny Elfman, so there's an odd connection. No, the name is just someting that came. It fits.

Has anyone taken you up on the UNIQUE RECORDINGS offer?

The Unique Recording idea has been incredible. There's a long list of things to make; all different, all interesting. I've made stuff for parents, kids, marriage proposals, friends. It's exactly what I was hoping it would be. Better, in fact. I've made recordings in all sorts of ways, and it's great that they're all just out there somewhere, little individual things.

What are you grateful for?

If I'm ever feeling overly self-pitying or crabby or whatever, really thinking about what it would be like to die at that moment generally sobers me up. I'm grateful for whatever it is that makes me alive. I think we're here to say 'thank you' as well as we can in all our actions. That, of course, gets very confusing, but it's still a good thing to aspire to. It's hard to be an asshole when you're sincerely trying to say 'thank you.'

Virgin Megastores to host '100 Acts of Support' for tsunami victims