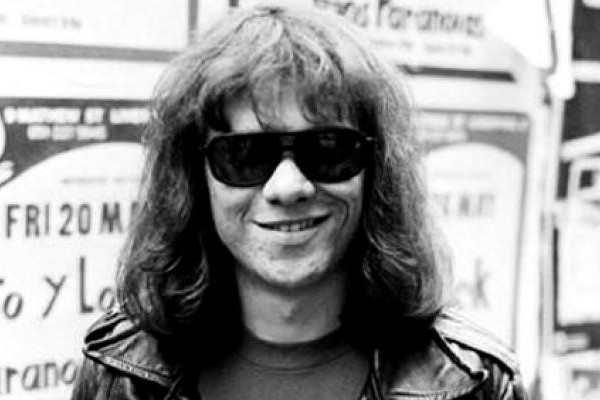 With the recent DVD release of Ramones' End Of The Century: The Story Of The Ramones, I was given the opportunity to speak to someone who was a part of one of the most important bands ever: drummer and producer Tommy Ramone (born Thomas Erdelyi) who played drums on Ramones, Leave Home and Rocket to Russia.

With his leather-clad bandmates, Tommy was instrumental in shaping the sound and image that became punk and helped define a generation of music. 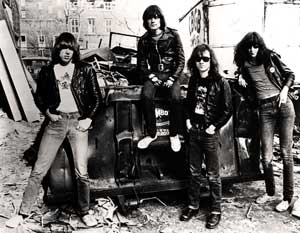 What kind of involvement did you have in End of a Century?

They approached me to do an interview and I suggested we go back to Forest Hills, Queens where we all came from. I thought that I could show them around and where the band originated from; the kind of environment we came from and so I led them in that direction; to go back and make the movie more historical.

How do you feel about the end result?

I think it was a good film, all things considered. It's hard to make these types of movies because you have to get everyone to cooperate and it took six years just to do that. All in all, it turned out pretty good.

One of the recurring themes in the film was that the relationships in the bands were very tense, and the picture of the band presented seemed very sad. Did you feel that was accurate?

I don't know about that; that was the slant of the movie. It was certainly part of the atmosphere but there were other dimensions. The second half of the movie particularly took that angle. [However,] there were moments of humor and we were all sorts of things, not just fighting. There were four very different individuals and it was a multi-dimensional environment. There is only so much you can put into one particular movie, so the first half focused on the historical aspects and the second half is really a drama between Joey and Johnny.

It's a great movie, but it definitely has a sad slant to it. It is sad for me, because of the bizarre circumstances of three very young people passing away. It's just totally unusual for that to happen in such a close proximity of time. So watching the movie becomes doubly sad.

One thing I didn't completely have answered by the film was why you left the band.

Joey wanted all these producers [too] because he always thought he was one hit away from being a rock star.

In the studio I was able to be in charge and be in control, but on the road they didn't treat me well. They were ganging up on me all the time; they were afraid I would "take over" which I had no intention of doing. They were always paranoid about that and it was always three against me. You can see in the segment of the movie that we were all arguing and that was the way it was all the time.

I would make decisions but the band would have to run through Johnny because he controlled the other two. After four years of this, it got rough. I was spending ten hours in a van with these guys; I was trapped and they were treating meâ¦ not well. Psychologically, they were picking away at me, and it had an effect and I didn't want it to have an effect. So I thought I could stay with them by helping them write songs and producing their records but that we would bring in another drummer to help me out. And that way, we could have the best of both worlds, and that is exactly how it was for the next record (Road to Ruin) I produced it, I helped write the songs and I arranged all the songs. That record has a lot more of me than some of the other stuff.

That's the way it was supposed to work out, but later on, the record company brought in Phil Spector and kept bringing in other producers to try to get them a hit. Joey wanted all these producers [too] because he always thought he was one hit away from being a rock star. It was a little weird like that.

Johnny said that you were instrumental in putting the band together and you also were their first manager.

The band was a concept of mine, I'd seen the New York Dolls and I realized that I knew these colorful guys in Forest Hills who'd make a great band because they were so cool. I thought it'd be interesting. I was influenced by the Andy Warhol scene and what he was doing, and I thought these guys would be colorful too. When I got them together, Joey was on drums they were coming up with really good songs - something which I didn't really expect. It was just supposed to be a fun thing but when I saw them, I realized that this had more potential than I thought it might and that they could be a real band,

Your drum style is so influential, and the impression that people can take from the movie was that it was almost by accident.

It was definitely not an accident. I knew what I wanted and other drummers just weren't playing it. I wanted a certain sound, and I couldn't make anyone understand how to do it. I'd never played drums, but I knew what I wanted. It was interesting because when I started playing drums - because I didn't know how - I invented a new style because I would hit cymbals where other people might not because that's where I heard them.

Most people learn to play drums by taking lessons, and I came at it from a different way; from hearing it in my head. So nothing was by accident.

How do you feel about how prevelant that style of drumming is nowadays?

It's great I guess, but I don't really think about it much. When I do hear it, I wonder if it was influenced by the Ramones. I question it and I wonder. If they are, it's great. 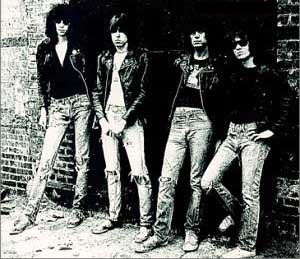 There is a whole genre of bands that would probably claim the Ramones as a primary influence because of how closely they adhere to what you originally came up with. What do you think of them?

I've heard them, on the Ramones compilations and tribute albums. I've heard them. There's the tribute albums and on them are bands like you just mentioned; that are basically like "Ramones orthodox" and then you get one or two who take Ramones songs and reinterpret them and you get all these different things.

I'm into bluegrass now, and it's like that [too]. You get these bands that play exactly like Bill Monroe that are called traditionalists. It happens in genres; like bluegrass is a classic thing, and when you say that bands are doing that, that's great because it means that it matters and that maybe they think of it as a classic form. So to be thought of as a classic form is the biggest compliment a band could get.

There's been some talk about a musical you worked on.

I'm leaving this weekend to go to Berlin; it premiered in Perth, Australia and now we're taking it to Berlin, Germany. Then we'll take it to England and then hopefully [to the US] early next year.

It's quite cool; what it is a story about a young kid who runs away from an abusive stepfather and runs away to the Lower East side in the early 1980s and gets into more trouble. Through eighteen Ramones songs, he comes to redeem himself. The songs really fit well into a storyline because the songs are autobiographical.

I'm sure you've heard about the trouble that CBGBs is in, do you have any thoughts?

I think it's amazing that a place like that, a place that is so important to so many people could be in trouble. It's capitalism, I guess; somebody owns the property and wants to make more rent on it. It's just awful in the sense that we would lose a cultural treasure like that. We were working on some way to keep it going through landmark preservation or some other means. Maybe something can be worked out between the landlord and save the institution.

How did it feel getting the band inducted into the hall of fame?

That was very important to us; the reason for that was that most of the people inducted into the hall of fame have sold millions of albums, and then to pick us out on the first ballot meant that they really thought we were important. In other words, it was a special thing for them to choose a group like the Ramones, and [it said] that the Ramones were a special band. It meant something to us because the band works so hard for so many years but we barely made a dent in mass culture. We were always appreciated by the "hipper" kids and the underground but it never really seeped into the mainstream. For the mainstream to suddenly become aware of us meant a lot. It meant that the Ramones were more than just a "cult" band; that we did do something special. That's the way I looked at it.

One of the interesting things about the film was the list of people who lined up to talk about the Ramones; people who had become quite influential in their own right. To think that all those people were inspired the Ramones must have been quite a compliment.

The Ramones go back a long way; we really predate what became punk rock, alternative music and new wave. It all sprang from us because in that CBGB's scene, we were the first group that consciously broke new ground. It wasn't about virtuoso musicianship, it was about new ideas and ideas which became modern music. Word spread very fast too; one of the first groups that saw us [were the members of] the Talking Heads and they put a band together after seeing us once. What we were doing was very basic, it was a blueprint; short songs, innovative ideas; you could sing about anything, you didn't need to be a virtuoso to pick up an instrument and so people did.

Now they're all giving us credit and that's cool.

Beyond the songwriting input and production, what do you feel was your biggest contribution to that early "classical" Ramones?

A bit of a conceptualist; the idea guy. I helped coordinate things, to give advice on what works or didn't work and the direction we should be going in. I also had some experience in different aspects so I was able to figure out what equipment we needed, what we needed to do and try to make it somewhat coordinated so it could function well.

What kind of relationship did you guys have in the last few years?

I always stayed friendly and cordial; my relationship was that, I was friends with all of them. There was never any real rift because I would never allow that. So, I was on friendly terms with all of them to the end, I would go to every show when they came through town. But there was a distance, which is just the way it was. Everybody needed their room, but the actual relationships in the Ramones are more like brothers; like a family. It's dysfunctional, but it's a family.