Make Believe to release 'Shock of Being' on August 23rd; touring in June

by Aubin Paul Flameshovel 15 years ago

Make Believe the band including Nate and Tim Kinsella has set an August 23rd date for their upcoming full length debut. The record will be released by Flameshovel and Polyvinyl on CD and Vinyl respectively and was produced by Steve Albini.

The band, who recently completed a series of dates with The Good Life, has also posted the artwork, track listing and a song from the record as well as the dates for a June run with MeWithoutYou and Veda. 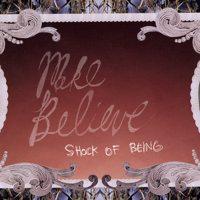 Cougars in studio with Steve Albini