Via an Anonymous Source, Posted by Aubin Paul Dischord 15 years ago

According to this story, multi-billion dollar shoemaker, Nike has stolen the legendary artwork of hardcore pioneers, Minor Threat. Destined for a campaign called Major Threat, the style and iconic imagery was used for the advertising and done so without the permission of Washington, D.C. based indie Dischord. The label owns the copyright on both the recording and artwork. When asked by Pitchfork, the label had this to say with regards to permission:

No, they stole it and we're not happy about it. Nike is a giant corporation which is attempting to manipulate the alternative skate culture to create an even wider demand for their already ubiquitous brand. Nike represents just about the antithesis of what Dischord stands for and it makes me sick to my stomach to think they are using this explicit imagery to fool kids into thinking that the general ethos of this label, and Minor Threat in particular, can somehow be linked to Nike's mission. It's disgusting.

Dischord is currently evaluating its options.

Update: We asked attorney and pastepunk.com editor Jordan Baker if he could give us some of his insight into the situation. Jordan had this to say:

Among the intellectual property rights that are at issue I think it's very clear that Nike has made a derivative work out of Minor Threat's copyright in its cover art. Nike might argue that this is a parody, but I fail to see what kind of social commentary Nike is trying to make in its graphic in relation to the original Minor Threat art, and generally parody is no defense for this kind of commercial appropriation.

(Keep in mind that this is not legal advice and that you should consult a lawyer if you want professional assurance that the information, and your interpretation of it, is appropriate to your particular situation.) 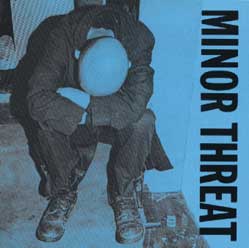 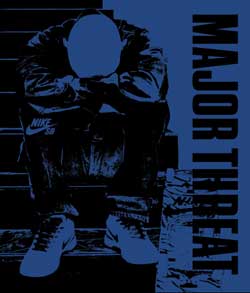 Minor Threat logo from In My Eyes

Brain Failure to tour with the Briefs, Street Dogs