Jade Tree has announced a title and release date as well as posted a trailer for the long-awaited DVD from influential Philadelphia melodic hardcore unit Kid Dynamite. The 90-minute documentary, Four Years in One Gulp, will see a release on February 21st, 2006.

A trailer for the DVD is available here: Kid Dynamite - Four Years in One Gulp DVD trailer.

A lengthier teaser for the official full-length DVD was originally packaged with the release of the band's rarities compilation, 2003's Cheap Shots, Youth Anthems, which included footage from reunion shows earlier that year in Philadelphia that benefitted The Syrentha Savio Endowment. The band also reunited for a show in New York City this past August to benefit the legendary CBGBs nightclub. 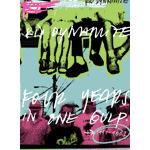