Contributor William_David recently sat down with Trevor Reilly (guitarist, writer, vocals) and Nuno Pereira (vocals) of A Wilhelm Scream. He talked with the band about Ruiner and what's to come in the future for the band.

The band released Ruiner last year, which made several of the year end lists of 2005, including a #3 spot on the overall Best of 2005 You can check it out by clicking Read More

.pullquote { float: right; margin: 1em; padding: 0.75em 0.75em 0.75em 34px; width: 25%; font-size: 1.25em; background: url('/images/icons/interquote.gif') no-repeat #ddd; text-align: left;} I read that Ruiner was written mostly while on the road, because as a young band, you are constantly touring. If given the opportunity, would you rather have the chance to just sit down for a period of time to write an album, or does a lot of inspiration come from the road? 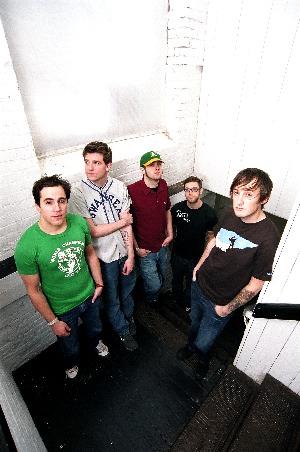 Trevor: Itâs not easy writing on the road.
Nuno: Iâd much rather have a block of time, you know? Trevor and I were just discussingâmaybe last weekâtrying to figure out when weâre actually going to get a solid chunk of time to get home and practice together. Thatâs always how itâs been for us, since we were in high school playing songs. Every Monday or whatever, we had all day just to practice and work on shit. And it seems a lot easier than way than just having Trevor recording little pieces into his recorder. Itâs a bit more organic I think if you can just jam stuff out a little bit.

Well with that, in your last press release you stated, "We wouldn't attempt another record if we didn't think it could blow the last one away." As good as Mute Print was, I think itâs safe to say that Ruiner has far exceeded it. My question is, where do you go from here? How will you top Ruiner? N: Good setup dude! Heâs setting you up Trev. Knock it down. Heâs throwinâ you a curve, dude.

T: I donât want to put out something mediocre and then have to go out on the road and hear people say, "why donât you play shit from the other records?" Fuck that! It just ainât going to happen.

So, if youâre saying you wouldnât put out another record if you didnât think you could top the last; if you honestly felt you couldnât put out a better record, would you just call it quits? T: Probably, because the reason that we couldnât come up with something betterâand when I say better, I mean better for us. When we write songs, Iâm not thinking about some kid that thinks Iâm Godâs gift to fucking songwriters because of a line off Ruiner. Iâm not thinking of that kid. Iâm thinking of the guys in my band. Iâm trying to think of what we dig. Like, "Wow, look what we did. Thatâs fucking cool." Thatâs what I like about writing songs. I thought of the way I was when I was younger and I would want a band to be a certain way, and if they werenât that way on the next album, then I was bummed out. Then years later, I was like, "Wow, Iâm fucking stupid," "Dead You" was amazing. As a band you have to make yourselves happy. Critics and all that, itâs all fun and itâs all cool but it doesnât keep me up at night.

Ruiner has been accepted very well critically. What kind of pressure does that put on you to keep performing at such a high level? N: I donât think weâve ever written an album for critics. Whether it be good publicity or bad, weâve never taken that into consideration. So, thanks a lot to everybody for the good reviews and everything, but we just want to put out and album that blows Ruiner out of the water.

Youâve toured with Rise Against, Strung Out, and The Lawrence Arms, and Reel Big Fish, and youâve got an upcoming tour with punk vets Lagwagon. What is it like touring with some of these bands? T: Itâs pretty awesome, because Lagwagon and Strung Out, they were bands weâd go see and watching them play was a big deal, long before we started going out an getting fans of our own. So, itâs pretty surreal. I think the 17 year old versions of ourselves would be pretty happy.

Do you think youâll record with Bill Stevenson again for the next album?

Iâd like to have us be that band that just keeps putting out records and they're still good and still mean something to us and mean something when we listen to them. Not the band that kind of had a hit, and after that you can kind of tell by listening to their records that they really donât care anymore

Iâm also curious about how the departure of John influenced the band? T: Now heâs our business manager. So, heâs still pretty much full time in the band. He just wasnât feeling the touring anymore. Itâs a different dynamic though. I think the next record will exploit Cobraâs talents and strengths he has over John. We just have to put everything together. Itâs working out well so far. He just hasnât really experienced the Trevor Reilly school of song writing yet.

N: He hasnât caught Trevorâs full-blown ferocity quite yet.

You guys stand out as a band; musically, through the guitar, vocal style, and arrangement; physically through Nunoâs stage presence. Do you guys consciously try to separate yourselves from other bands through these kinds of things, or does it just come out that way? T: I think when we write songs, we try to add as much stuff as possible so everybody is always doing something. Thereâs always something to listen to. Youâre never going to find Nuno running around the stage for like a minute while I sing. Itâs just corny to me soâweâre a live band.

So, no fillers basically? 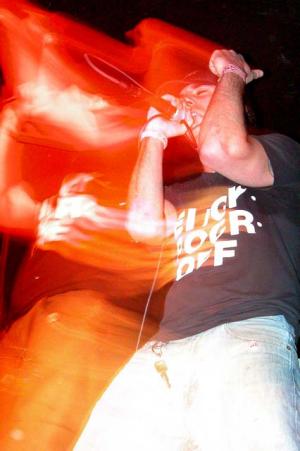 N: Exactly. As long as itâs fun, I donât think itâs something you necessarily have to plan.

What is the ultimate purpose of A Wilhelm Scream? T: Iâd like to have us be that band that just keeps putting out records and their still good and still mean something to us and mean something when we listen to them. Not the band that kind of had a hitâ

N: Had their moment in the sunâ

T: and after that you can kind of tell by listening to their records that they really donât care anymore

T: I donât want to be that band.

N: I would love to be able to just go out an tour like we do now, for as long as we physically can. Thatâs one of the best aspects of playing with these guys. Not only do you get to play every dayâhave fun every dayâbut you get to see the world, you get to travel with each other, with 4 or 5 of your best friends. That aspect right thereâI have buddies at home that are like, "you guys might not have a gold record or anything, but you got to go to Japan," or the Lagwagon thing in Europe. That alone, is awesome. To be able to look back on these things that youâve done with each other is so gratifying.

It think itâs hard to place A Wilhelm Scream into a smaller sub-genre within punk. Is this something you consciously go for, or does it just come out that way? T: Not really. I donât know if itâs a conscious thing. 3-chord pop-punk has been replaced by 2-chord fucking emo. They donât even have a fucking third chord. Before a the big glut of that type of shit, some of that was pretty cool. I could dig a lot of that stuff. When you get bombarded with so much of it, itâs like wow, weâve got toâletâs just make a whole record of blast beats. Just do the complete opposite, so at least we have something cool. But thereâs so many bands doing good stuff. Like Propagandhi just put out an amazing record.

N: Given, it does have a lot of really fast, thrashy parts, but itâs got a lot of slowed down tempos and stuff.

N: They didnât write it, like, "oh shit guys, this is what the kids like." Like, "weâve got to write the mid-tempo shit or something." Just write a good song.

T: I couldnât really give a shit about that 14-15 year old kid, what he thinks of our band If heâs not into us, it doesnât affect our lives, Iâm only 26 years old. I could care less if you donât like us right now. Give us 6 years, and then itâs like "yeah, come buy a t-shirt, thanks a lot." 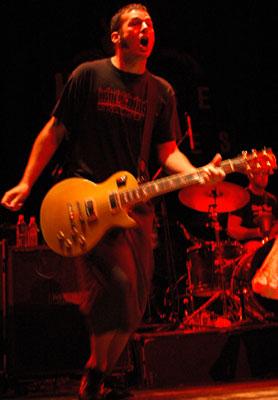 T: I think theyâre the best band in the world right now.

N: Yeah, everyone should take a hint from Propagandhi and stop caring so much about what everyone else is going to think. Just do it and do it good.

T: Cementing a place in time. It doesnât matter how long your bandâs together, it matters how much of an impact you make while youâre around.

On the other side of the coin, are there any current, up-and-coming bands youâd like to throw out there for your fans to check out? T: No Triggerâs putting out a record on Nitro and we heard some of that. Itâs going to be awesome. They did it at the Blasting Room too, so keep an eye out for them. There are some other ones like Much the Same. Weâre in Chicago, we might as well go with Chicago bands. Much the Same and Swellers.

N: Thereâs a bunch of really good music coming out. I think weâre finally starting to hit an more of an upward swing here. Good stuffâs coming back.

T: As long as people are talking about itâ

N: Thereâs this band called Crooked Edge from Florida. They just released their album. Itâs called "Deliver Us From Emo." So, you should check that out. Strictly because itâs a hilarious album title. "Deliver Us From Emo." Iâve only heard Myspace tracks, and I hate listening to music on the computer. It always sounds like ass to me.

If you a fan only had $1 to spend on your music. Which song would you tell them to download and why?

As a band you have to make yourselves happy. Critics and all that, itâs all fun and itâs all cool but it doesnât keep me up at night.

What are your favorite songs to play live? T: "Me vs Morrissey." "The Rip" is fun.

N: "King is Dead" has been fun. Hopefully, weâll start working on playing some other songs. I really want to start playing "God Loves a Liar." "Kids Can Eat a Bag of Dicks" of course, is another one. "The Rip" is always a fun one.

If I left the interview open, for you to give any message to your fans, what would it be? T: I just want to say, thanks for continuallyâthanks for always coming out time and time again. The familiar faces, itâs good to see you guys. You guys keep us doing what we have to do.