by Aubin Paul Thorp 16 years ago

Scars of Tomorrow will be releasing a collection of the early and out-of-print recordings on on March 14th, 2006. The disc is comprised primarily of recordings done prior to their signing to Victory Records and it will be released by Thorp.

The band is currently on tour in support of their 2005 release, The Horror of Realization. 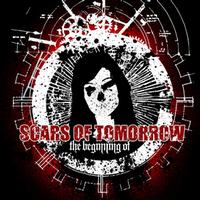