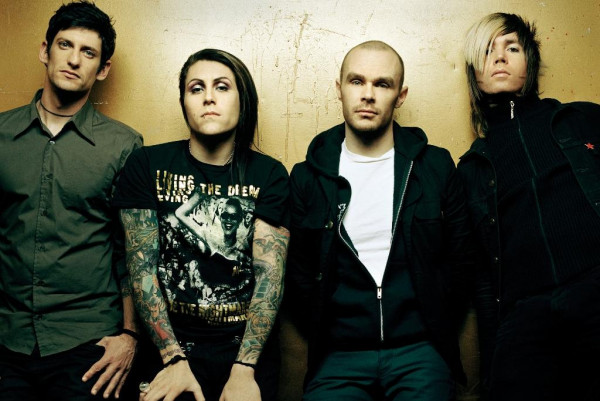 Currently on the road supporting their succesful and long-awaited new album, Decemberunderground. I had a chance to speak with bassist Hunter Burgan about the album. 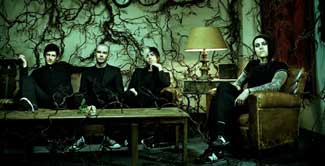 Everythingâs going really well. Our record is out and we get to play some live shows. It feels good to be doing this again.

People have been talking about a new AFI record for a long time, and it seemed like people were expecting it late last year, and earlier this year, and I guess no oneâs really sure when, and when the date finally hit everyone was a little surprised.

I think what it comes down to is that every step of the process, whether itâs writing or pre-production or recording or mixing, we took more time, we really just wanted to make sure that we came out with an album we were really 100% behind.

This is our seventh full length album; we didnât want to cut corners.

Do you feel weird about the amount of anticipation for this one?

This album is more AFI than in the past, which we didnât think was possible

I think itâs really - I think that people are anticipating it, I donât feel thatâs a weird thing, I mean. Weâve been lucky to have each record that weâve released be slightly more successful that the last. I think that does come with a level of anticipation. It does give us a little pressure obviously as well.

â97; My first record was Shut Your Mouth and Open Your Eyes.

So youâve really seen it all the way, from the straight-up hardcore era to the more unique sound you guys have now. And Iâm just wondering how you feel about how the band has evolved over the years?

I think every time we sit down to write a new record, weâre more excited than in the past. I think its rather than a band who sort of has a certain style of music that theyâve developed thatâs their style, and then write as many songs as they can and then sort of burn out of that. But they feel they owe it to their fans to continue in that style.

I think weâve been able to evolve as our personal tastes evolve, so I donât ever feel like writing songs or playing songs that Iâve written ever gets old and I think it definitely has evolved past, as we have evolved as musicians and people, and Iâm really happy about that.

Iâve heard that everyone in the band was very very closely involved with the songwriting on this one, more so than even any past records.

Sometimes itâs not always about writing the fastest, hardest songs possible. I think sometimes you can find what youâre trying to say in a slower song, or in just a darker song.

I think it just means that this album is more AFI than in the past, which we didnât think was possible

In the earliest press you guys were doing for the album, you were talking about all the loop-based experiments and the heavier tracks, but do you think there is a "sound" you were going for? 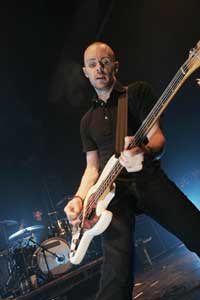 I think this is our most diverse album to date. We really have a whole - we run the gamut of tempos and time signatures, I guess we donât really have a ton of time signatures; we have two time signatures, but definitely in terms of tempo and just a different feel of rhythms. If you were to compare this to the first record I did - Shut Your Mouth - that album is basically - thereâs two different tempos on there really.

Exactly. We really mixed it up and I donât know man, just that what weâre trying to bring musically is evolving.

Sometimes itâs not always about writing the fastest, hardest songs possible. I think sometimes you can find what youâre trying to say in a slower song, or in just a darker song.

And definitely weâve experimented more with the new one and tried approaching the songwriting from a completely different angle, a lot of that is on this.

Regarding your summer tour; DEP was a pretty inspired choice, but do you ever worry that the Dillinger Escape Plan is going to scare some of your younger STS-era fans?

Part of me worries a little that they might injure somebody or injure part of our stage or the equipment. But, theyâre one of the most amazing live bands out there today.

Because they do put on such a ridiculous show and theyâre definitely going to keep us on our toes.

I know that every band says that their newest is their favourite so, not including the new one, what is your favourite AFI album?

Uh, the last one (laughs)

If you do this right, if youâre sort of successfully engaged in your band, each album you write should be your favourite, and then the one before that would be your second favourite. So if thatâs not happening, then youâre doing something wrong.

Youâve been pretty involved with a lot of other stuff besides AFI right? You did the Frisk and the Eyeliners, the Halo Friendlies. Do you feel like you still have time for all those thing?

Yeah definitely, though right now I canât find a second of my day thatâs not somehow devoted to some AFI thing. But obviously a year from now the story will be a little bit different. I definitely do like to maximize my time and spend as much time of my life working on music as possible.

So if an opportunity comes up somewhere down the line and we want to do something completely spontaneous like play drums with the Eyeliners or the Halo Friendlies or whatever, I jump at an opportunity like that, Iâll cut into my sleep or my time for eating, whatever I have to do in order to make that happen, just cause thatâs what I love to do.

Youâve now been a major label band for two albums, and Iâm just wondering how the experience has been? I mean some bands have horrible experiences and others have great experiences.

So far so good for us, I mean itâs definitely a different world than being on an independent label but thatâs not to say whether itâs better or worse. We signed with DreamWorks just so that we could have the same one-on-one attention that we had at our previous label.

And I know thatâs not how it happens for most bands, like you said a lot of bands have bad experiences with major labels. But so far weâve had a great experience. 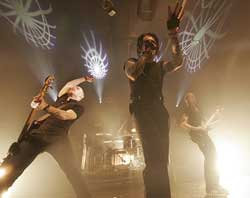 One of the interesting stories that people always tell about AFI is that you were famously told by Dexter, now I donât know if it is true, but that you guys had outgrown Nitro. Which is kind of unprecedented, you donât really hear about that a lot. Iâm just wondering how that kind of - happened?

Yeah was it just like a shock, you guys came in and said youâre going to record a new album and he was like "Eh, I donât know."?

No, I think anyone could have done the math to see that; it was a shock to hear it from Dexter of course but it wasnât something that we didnât sort of anticipate. He felt we were just big fish in a small pond,.