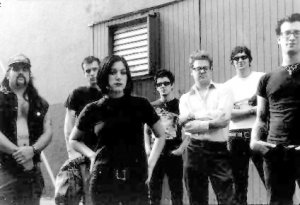 Murder City Devils have announced another reunion show tonight at the Showbox in Seattle. The doors are at 8pm and you can grab tickets for the show here. Also performing with the band will be Bright Shiny Objects.

The band split up in 2001 after the release of the Thelema EP and In Name and Blood full length. and members went on to Pretty Girls Make Graves, Big Business, Dead Low Tide and joke/cover band The John and Spencer Booze Explosion. Their (last) final performance was issued in 2003 as R.I.P..