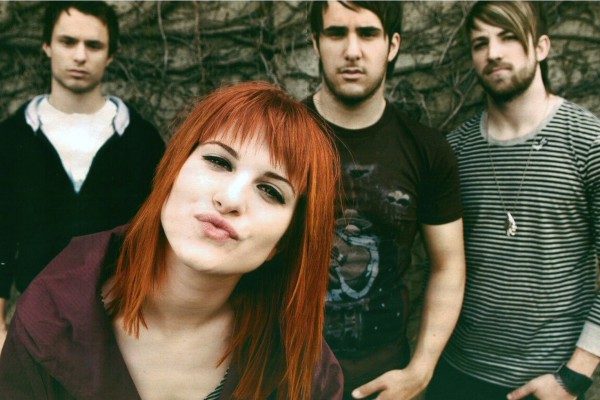 Contributed by MarkRowan, Posted by Meg Reinecker Fueled By Ramen Interviews 14 years ago

Mark Rowan recently sat down with Paramore's Zac Farro (drums) and Josh Farro (guitar) to talk about being brothers, being 16 years-old, being Michael Jackson, and being… on steroids? 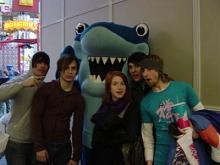 All We Know Is Falling came out a bit over a year ago, what have you guys done as far as the next album goes? Zac Farro: Weâve written a couple songsâ¦

Josh Farro: We started writing it and weâre just taking our time. Making sure the right songs come out at the right time. Itâs a slow process, but weâre getting there. We are planning on recording it in November or December.

What is it like for you two guys, as brothers, to be in a band together? Zac: It sucksâ¦no itâs awesome. I donât think I would be in this band if my brother wasnât in it.

Josh: Weâve been playing together for so long, if one of us wasnât in the band it would just be hard to comprehend I guess. We love each other so muchâ¦ [laughs]

Whatâs it like spending your summer vacation from school on tour? Zac: You really donât know what summer is and what winter is, except for the cold and hot. Because everything is the same; weâre touring all the time.

Josh: Sometimes I wish I could go on an actual vacation, but then I realize I can go to a different city everyday. I get to experience all that in one summer, but a lot of people donât even get to explore their own country.

How do your parents feel about you being 16 and touring "some of Americaâs most dangerous places like New Jersey"? Zac: Well I was born there, thank you very much. [Semi-awkward laughs] They know weâre safe with our tour manager and heâll look out for us. Iâm always with my older brother. They wouldnât let me do it if my older brother wasnât here.

Josh: Iâm very strong so nobody could really mess with usâ¦ [laughs] No, they are cool with it. Just whenever weâre about to play a dangerous city they will call and be like, "Just be careful, donât walk around by yourself."

Do you think itâs funny that you guys are so young and headlining this tour? Zac: I think itâs really strange. The first day we pulled up I was like, "These dudes are like 22-23 opening up for our band. Iâm 16." Itâs kind of weird; theyâve been working on this for a long time. Not to say that we havenât been. Weâve just started really young. It just totally feels like we donât deserve it, but weâve worked really hard so. 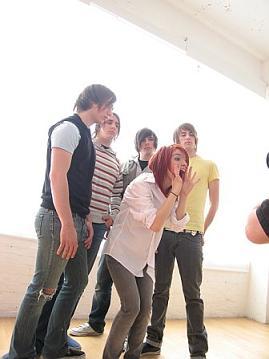 Josh: Better than me, dude. Iâm so white. I have no coordination whatsoever. Youâd be Michael, you would be.

Zac: Hayley would be Michael. [laughs] And Iâd be Peterâ¦I donât even know if thereâs a Peter, but Iâd be him.

Josh: I think he directed Lord of the Rings.

With the recent steroid scandals in every field of sports, would you like to make any admissions about improving your music through the use of steroids or human growth hormones? Josh: Oh my god. [laughs] Well, we use those all the time, especially Hayley, because weâre working on getting really big and putting on a better show.

Zac: Steroids are the way to go.

Josh: We couldnât do it without them.

Would you like the thank steroids for your quick rise to fame? Zac: Yes, thank you so much. Weâre sponsored by them.